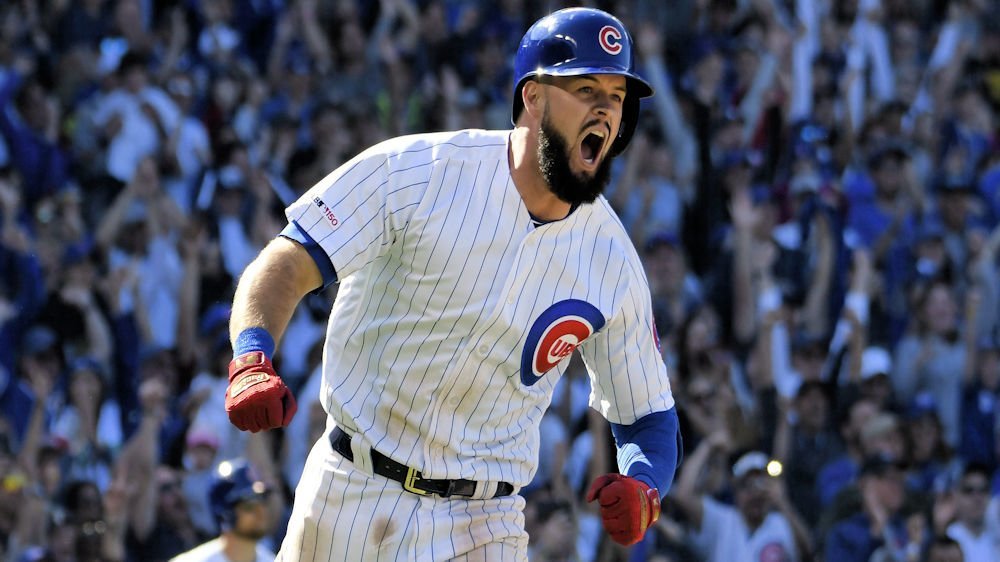 The Chicago Cubs have more than likely found a gem in infielder David Bote.

Since he is hot offensively, ESPN's Jesse Rogers reported today that Cubs veteran Ben Zobrist asked manager Joe Maddon if he could be in the lineup for today's game. Maddon added him to the lineup as he was supposed to have a day-off today.

"It's a selfless kind of a move," Maddon said. "That's what we're looking for. I like the fact they feel comfortable enough to come in here and discuss with me. It was pretty much what we wanted to happen to begin with, and it happened."

Veteran Ben Zobrist is sitting, and Bote will be batting fifth and playing third base.

Cubs fans have already have been in love with Bote's clutch play since his rookie season, and now it appears even his teammates are becoming a massive fan of 'Bote Ball.'

A veteran Cub, presumably Zobrist, approached Maddon before game to suggest Bote be in lineup even though advance schedule had Bote out today.
Bote was added to lineup and now doubles to oppo gap with one out in the second.