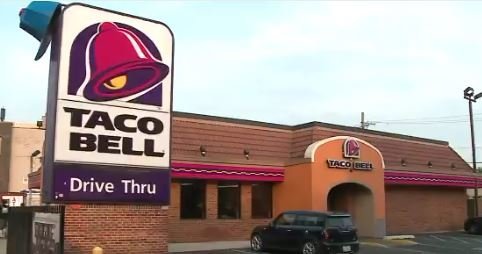 It's true that the Taco Bell in Wrigleyville will soon be no more.

There is actually a wake planned to pay your respects for the beloved cheap eatery on October 28th, from 3pm-7pm.

Goodbye friend...Thanks for all the $1 burritos and tacos. Hello, high priced food and fancy restaurants will that will be littered around the stadium.

It's probably a great thing to have better and healthier options, but sometimes it was nice to know that Taco Bell was just around the corner for a quick $3 meal if you were short on funds.

RIP TACO BELL WRIGLEYVILLE. YOU WERE GONE TOO SOON BUT WILL NOT BE FORGOTTEN.

Update: official close date will actually be on December 2.

This means local fans can still pick up their free Doritos Locos Tacos tomorrow thanks to Mookie Betts of the Boston Red Sox who stole second base during the 1st inning of Game One of the MLB World Series, becoming Taco Bell’s seventh Taco Hero and winning everyone in America free tacos through Taco Bell’s “Steal a Base, Steal a Taco” promotion.

Save the date: October 28th from 3-7pm we’ll hold a wake for the Wrigley Taco Bell. Join us in bidding adios to a neighborhood institution.

Check out the following video for more information:

The Taco Bell in Wrigleyville will have a wake…you have time to say goodbye (yes, this is a real story) pic.twitter.com/DIjESXE1gr

Steal a Base, Steal a Taco is back! The first player to steal a base in the World Series® will win free Doritos® Locos Tacos for all of America. Tune in to the World Series to see who it'll be. See terms: https://t.co/oENt544nra pic.twitter.com/UzhGP8lobE