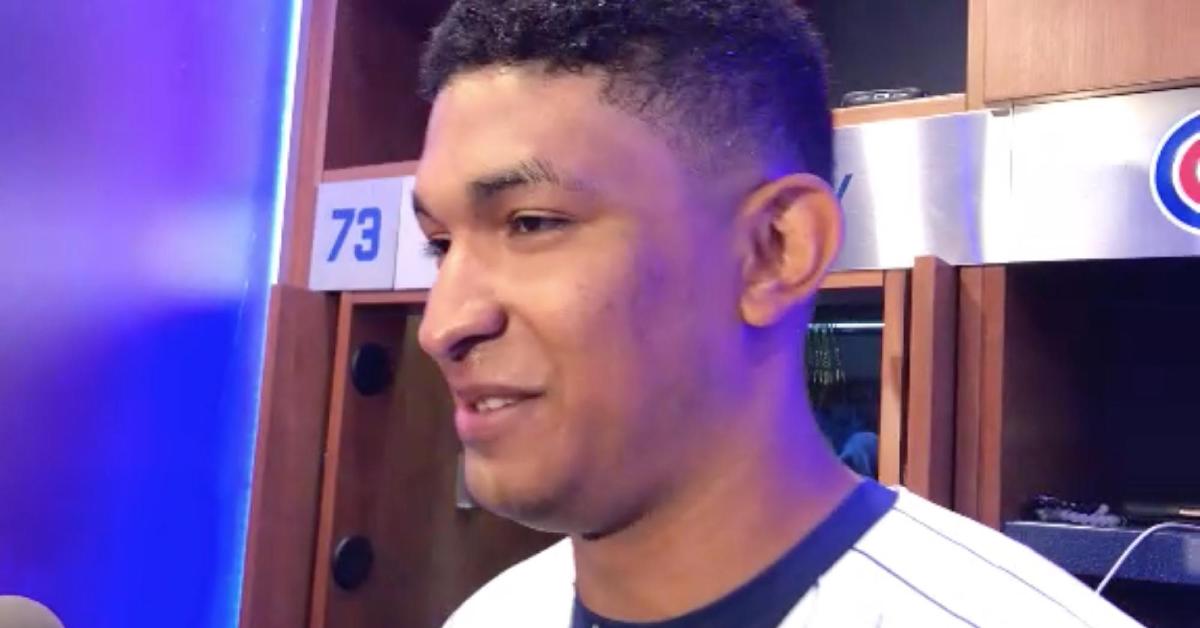 Adbert Alzolay was ecstatic after pitching at a high level in his MLB debut.

CHICAGO — After tossing four innings of 1-run ball, in which he gave up just one hit and two walks while striking out four, Chicago Cubs pitcher Adbert Alzolay was giddy while speaking with the media during his postgame media session. Alzolay was called up from the minors on Thursday afternoon and pitched out of the bullpen in his big-league debut on Thursday night against the New York Mets.

The Cubs topped the Mets 7-4, and Alzolay, who threw four scoreless innings before giving up a leadoff home run in the top of the ninth, earned the winning decision. Upon exiting the game, the 24-year-old right-hander received a standing ovation from the fans at Wrigley Field, and he tipped his cap in appreciation.