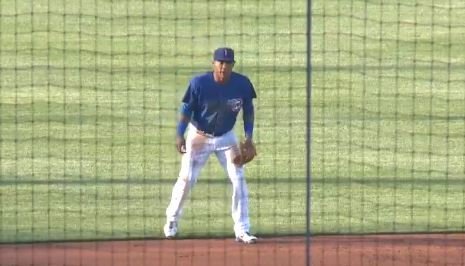 Cubs shortstop Addison Russell has officially been added to the Iowa Cubs for an MLB Rehab assignment. He will spend the next week there before reporting back to Chicago on May 3.

Russell was 1-for-4 with a walk, stolen base, and two runs scored in his first game back from his suspension on Wednesday.

Check out all the highlights below:

Chicago Cubs shortstop Addison Russell was welcomed back to Des Moines tonight by fans who gave him an ovation as he stepped to the plate for his first at-bat. @DMRegister @DMRsports #iowacubs #AddisonRussell pic.twitter.com/IKmJhDzBVF