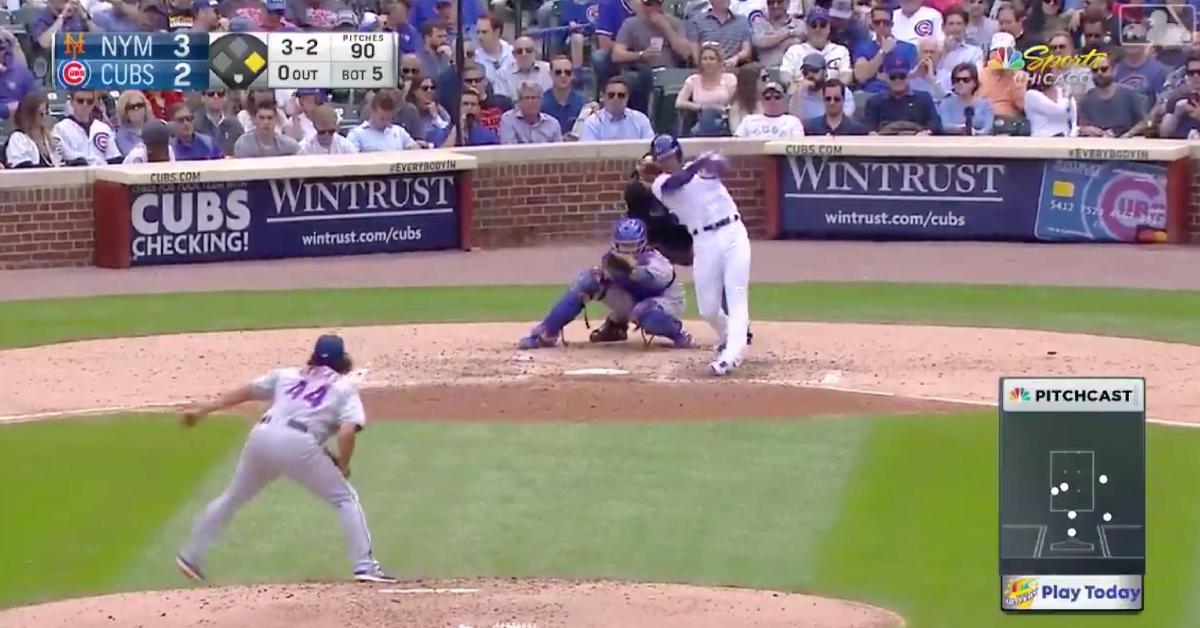 CHICAGO — Tabbing his fifth home run of the season, Chicago Cubs second baseman Addison Russell drove a 2-run shot out of Wrigley Field on Friday to put the Cubs up 4-3 against the New York Mets. The towering blast to left-center was skied off the bat at an angle of 29 degrees, and it plated pitcher Yu Darvish, who hit a single in the previous at-bat.

Mets starter Jason Vargas was taken deep on a hanging curveball, and he knew that Russell's dinger was gone as soon as it left the bat. Instead of turning around to look at the long ball, Vargas simply put his hands on his knees and stared at the ground in disgust. The go-ahead 395-footer, which came in the bottom of the fifth, was smoked off the bat at 102 miles per hour.