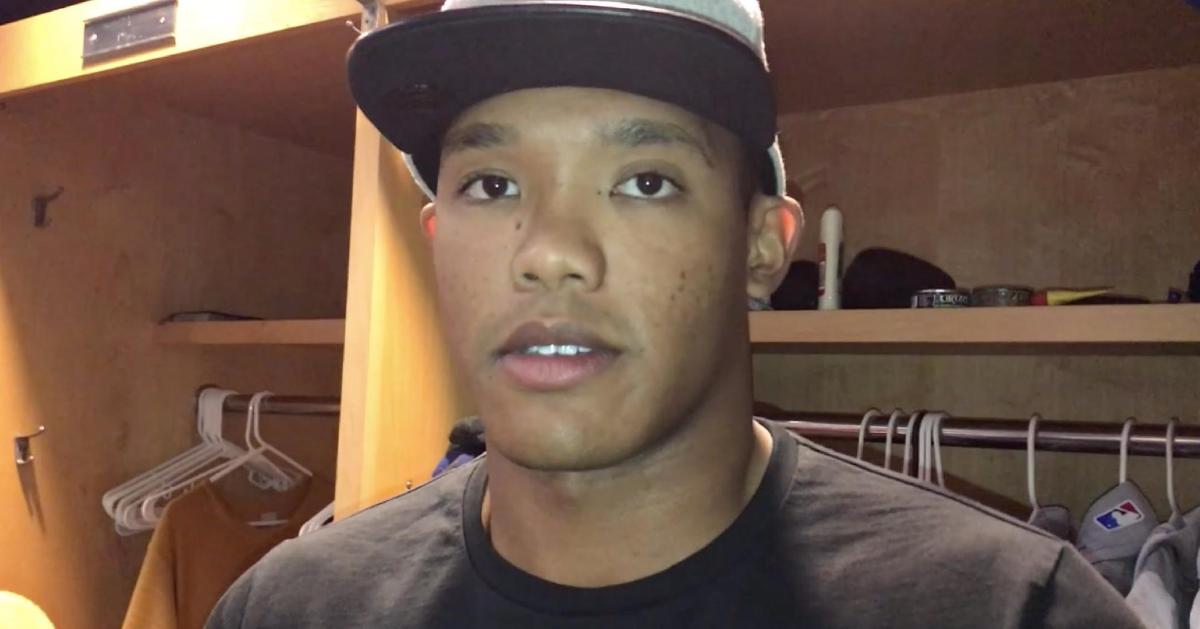 Addison Russell admitted that he was devastated when the Cubs sent him down to Triple-A, but he also stated that the minor-league stint helped him.

PITTSBURGH — "I felt like I got back to the original me. Just hitting the ball, barreling the ball up and playing on a consistent basis had a lot to do with it. I was able to hone in on my approach and just play the type of baseball that I know how to play."

That was Chicago Cubs second baseman Addison Russell's response when asked by the press about what he gleaned from his stint in Triple-A, which lasted a little over three weeks before he was called back up by the Cubs on Friday afternoon. Russell replaced Cubs center fielder Albert Almora Jr. on the 25-man roster, as Almora has been struggling at the plate recently and was sent down because of it.

Russell cited playing every day, which is something that he did not experience during his mid-season slide with the Cubs, in Triple-A ball as being a major catalyst for him. When questioned about the mental mistakes that largely led to his demotion, Russell told reporters that he worked with the Iowa Cubs' coaches to garner a better grasp of the signs. Although Russell described himself as "devastated" over being sent down, he credited the decision with helping him improve as a player.

While speaking on his Triple-A stint, Russell said, "I was there on a mission to play but also to get better at different aspects of my game and show the guys that I deserve to be at the big-league level."

The Russell promotion coincided with the Almora demotion, though, and Cubs left fielder Kyle Schwarber talked about how difficult it was for a staple of the Cubs' locker room to be sent down to the minors. Referring to Almora as someone who is "like a brother" to him, Schwarber called the roster move "a tough situation" but stated that he knew that Almora would be fine with it in the long run.