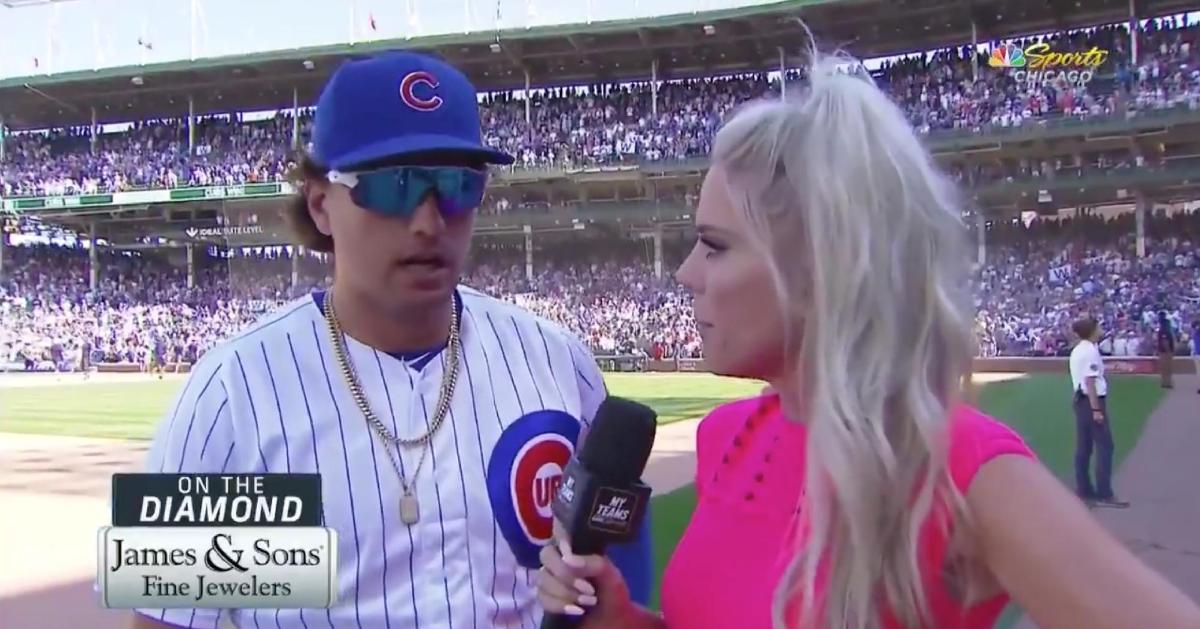 Albert Almora Jr. said that he got the pitch that he was looking for when he smacked what turned out to be a game-winning home run.

CHICAGO — Center fielder Albert Almora Jr. started for the Chicago Cubs on Saturday and proved to be the most important hitter for the North Siders, as he went 3-for-3 and came up with the winning hit on a go-ahead solo home run. The Cubs ultimately defeated the Milwaukee Brewers 4-1 at Wrigley Field after Almora's seventh-inning dinger gave the Cubs a lead that they did not relinquish.

"I just really wanted to bear down," Almora said of his seventh-inning at-bat when speaking with NBC Sports Chicago reporter Kelly Crull postgame. "I went into my 2-strike approach and wanted it to be a strike. I was able to battle."

Almora took Brewers reliever Junior Guerra deep on a 2-2 count when Guerra lofted a fastball over the inside part of the plate, which Almora turned on and cranked 370 feet into the basket atop the wall in left field. Almora's 12th long ball of the season, the round-tripper put the Cubs up 2-1. In the bottom of the eighth, Almora, who also tabbed two singles in the contest, brought home an insurance run with a sacrifice fly that generated the eventual final score of 4-1.

"That's huge, especially since it gets some wiggle room for our bullpen," Almora said of the Cubs' 2-run eighth frame.

In addition, Crull talked with Almora about the injury suffered by Cubs catcher Willson Contreras in the at-bat that preceded Almora's aforementioned homer. Contreras suffered a hamstring strain while running to first base and was subsequently removed from the game. When addressing the Contreras injury with Crull, Almora stated that it would be tough to have to play without the backstop, whom Almora described as the "heart and soul" of the Cubs, for an extended period of time.

After his clutch, go-ahead home run that proved to be the decisive blow on Saturday, @Kelly_Crull caught up with Albert Almora Jr. ON THE DIAMOND (@JandSJewelers) pic.twitter.com/nzoGNUg3TZ