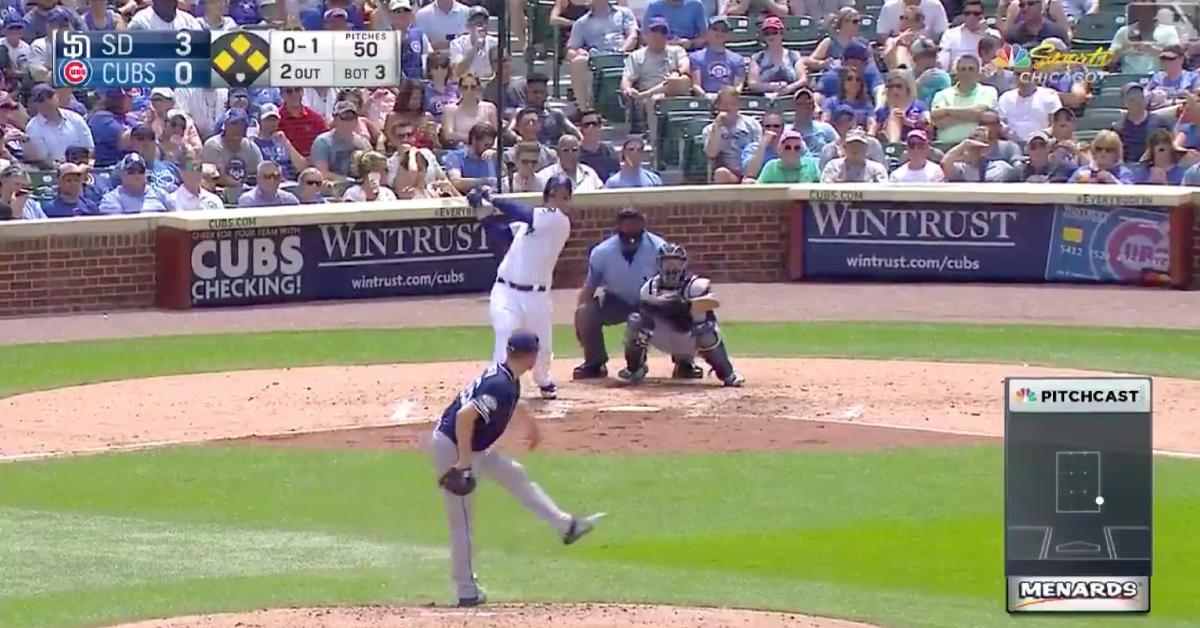 Chicago Cubs first baseman Anthony Rizzo's first home run in over a month came in the form of a go-ahead grand slam.

CHICAGO — With his first home run since June 15, Chicago Cubs first baseman Anthony Rizzo resumed his homer-hitting ways quite emphatically on Friday. Blasting a go-ahead grand slam into the Wrigley Field bleachers, Rizzo put the Cubs up 4-3 over the San Diego Padres.

Rizzo, who played the first season of his career with the Padres, plowed a 366-foot shot over the wall in left-center in the bottom of the third. The bases-loaded bomb came with two outs, as Rizzo took Padres starter Eric Lauer deep on a fastball for his 20th dinger of the year. Rizzo has now hit four grand slams in his career and has reached the 20-homer mark seven seasons in a row.

Update: Rizzo dedicated the grand slam to Matteo Lambert, a young man who sent Rizzo a note asking him to hit a home run in honor of those running a 5K in Chicago over the weekend in support of the fight against pediatric cancer. Lambert, who is currently on a mission to run 100 miles in support of the cause, partook in the 5K and was in attendance at the Friendly Confines when Rizzo fulfilled his promise.

The moment Anthony Rizzo kept his promise to Matteo Lambert, hitting a home run to support kids with cancer.@MatteoRuns ran a 10K today - part of his 100 mile mission.