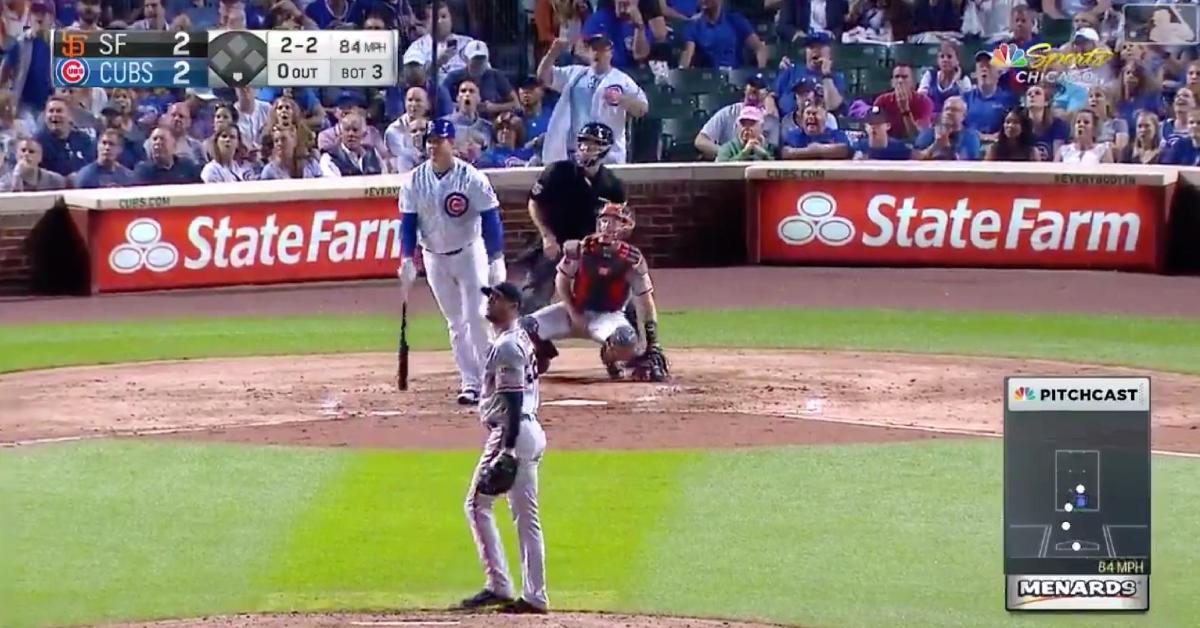 CHICAGO — Hitting his second rainmaker of the evening, Chicago Cubs first baseman Anthony Rizzo cranked a high, arcing shot out to right field in the bottom of the third on Tuesday. The dinger off San Francisco Giants starter Tyler Beede put the Cubs up 2-0 at Wrigley Field.

Marking Rizzo's fourth home run in his last five games, the 396-footer was skied off the bat at 32 degrees and came two innings after Rizzo hit a similar moonshot beyond right field. The round-tripper served as Rizzo's 25th homer of the year, making "Big Rizz" only the seventh player in Cubs history to put together at least six 25-homer seasons.