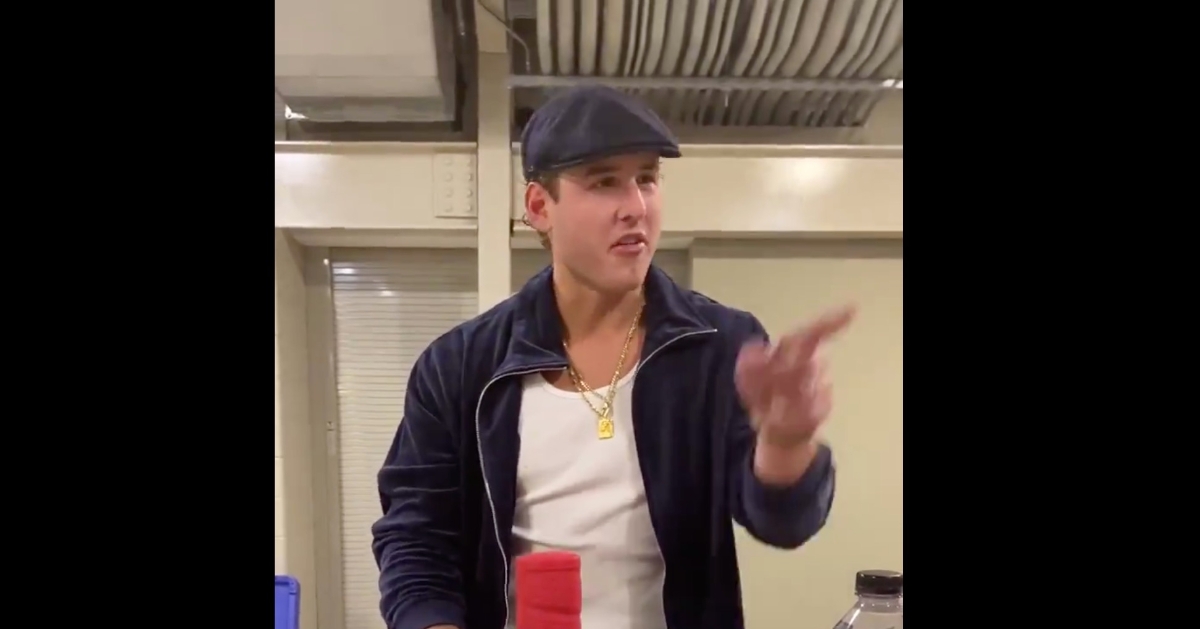 PITTSBURGH — Chicago Cubs first baseman Anthony Rizzo lived up to his Italian American heritage with a hilarious Tony Soprano impression on Monday. With the Cubs in Pittsburgh for a series against the Pittsburgh Pirates, Rizzo evidently decided to pack an outfit befitting of the mob boss from The Sopranos.

Cubs second baseman Jason Kipnis filmed Rizzo fittingly enjoying spaghetti while parroting some classic Tony Soprano lines from the hit HBO show. Wearing a track suit with a tank top, a flat cap and gold jewelry, Rizzo definitely nailed the look of a Sopranos "wise guy." His vocal impression was fairly accurate, too. With that being said, "impersonating famous television characters" can now be added to the long list of Rizzo's comedic stylings.

What a glorious video

Rizzo is my AJ. This man was meant to be Tony Sopranos offspring. Not the one that we gotpic.twitter.com/O9QxTfGunE