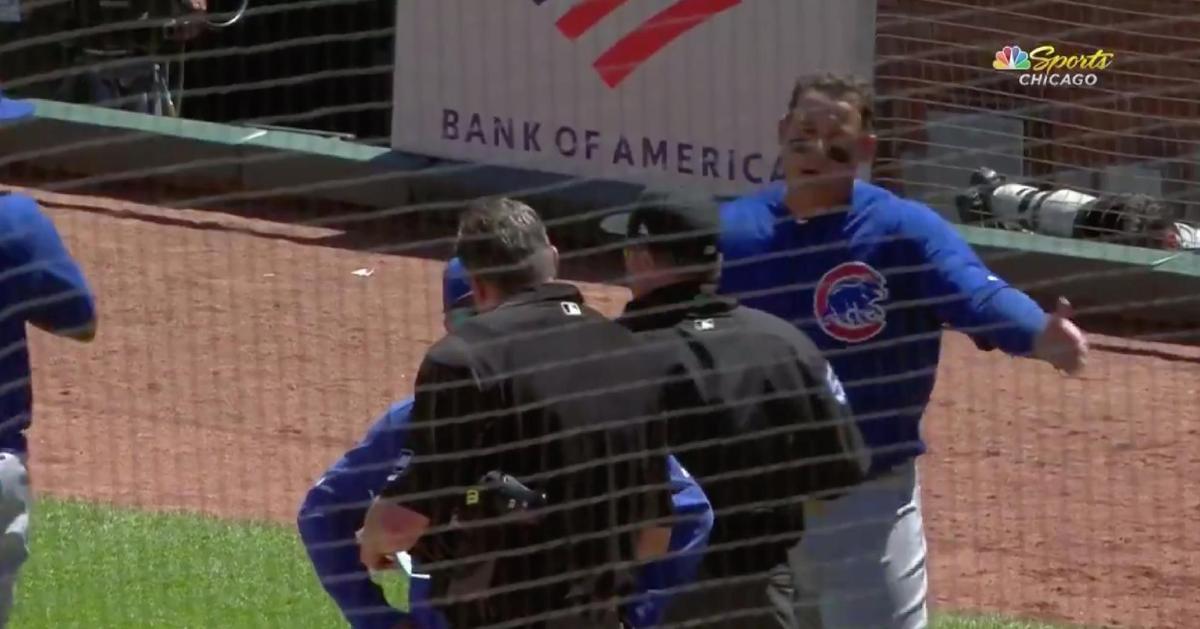 SAN FRANCISCO — Between innings at Oracle Park on Wednesday, Chicago Cubs first baseman Anthony Rizzo was issued a rather questionable ejection. Rizzo was thrown out of the game after striking out swinging to end the top of the fifth of the Cubs' matchup with the San Francisco Giants.

Evidently, Rizzo, who was displeased with a called strike earlier in the at-bat, continued to voice his displeasure for the strike call after the strikeout, as home-plate umpire Jordan Baker tossed Rizzo between innings. Rizzo had to be held back by another umpire when he attempted to confront Baker about the ejection, which Rizzo apparently did not learn about until he made it back to the dugout.