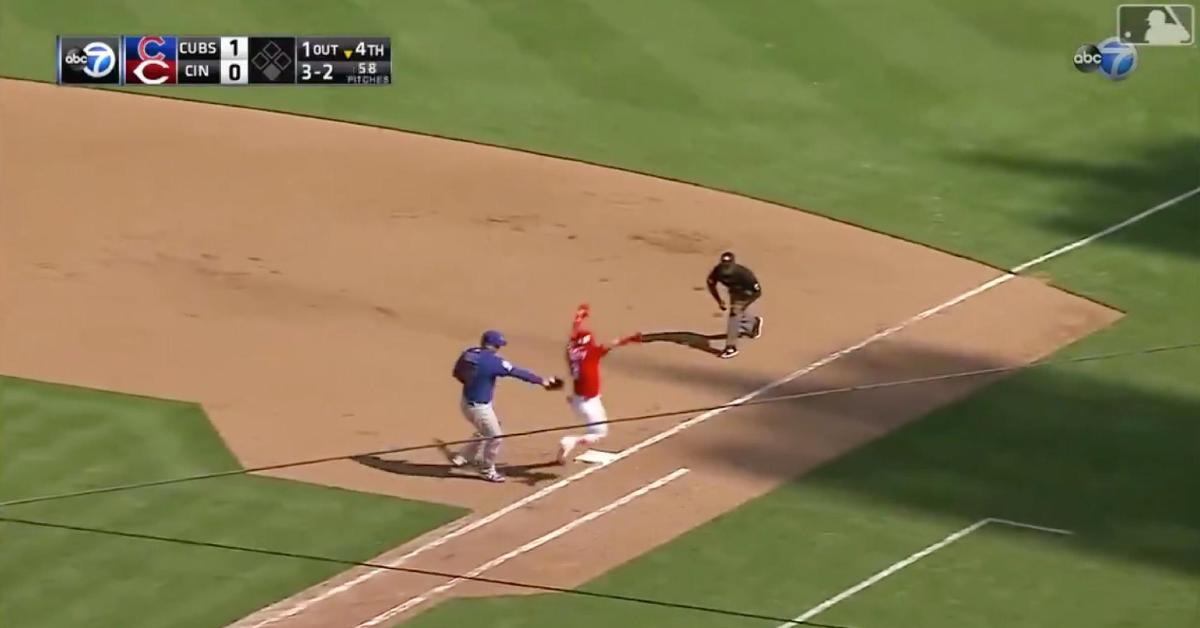 CINCINNATI — Not letting a throw from shortstop Javier Baez go to waste, Chicago Cubs first baseman Anthony Rizzo displayed great athleticism and top-notch glove work on a stellar tagout against the Cincinnati Reds on Saturday. Applying a tag on a baserunner on the first baseline, Rizzo was able to finish off an interesting play that technically went down as a groundout to the pitcher.

Reds second baseman Scooter Gennett hit a line drive that Cubs starting hurler Jose Quintana attempted to catch. Instead, the ball ricocheted off Quintana's glove and right to Baez at the back edge of the infield. Baez then fired a throw that pulled Rizzo off the bag. After hopping to the side in order to make the snag, Rizzo turned and applied a fluid tag on Gennett, thereby completing a complex groundout that featured several moving parts.

A lot to unpack in a short amount of time. pic.twitter.com/iclnMwGjOE