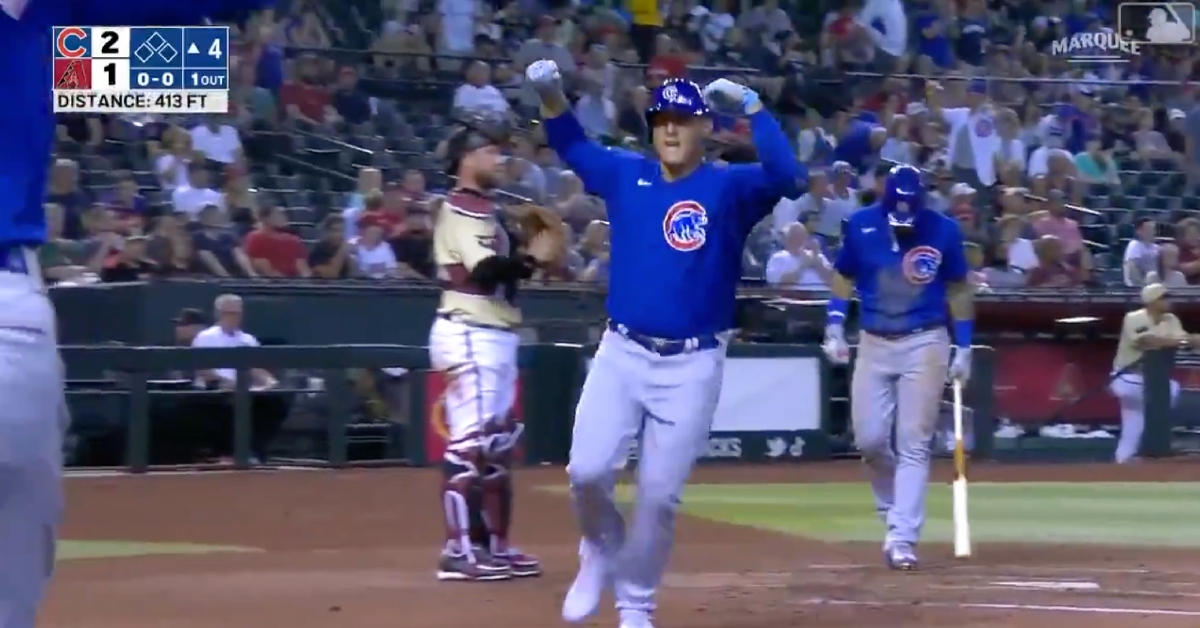 Anthony Rizzo has now hit 239 home runs as a Cub and is tied with former third baseman Aramis Ramirez for sixth on the Cubs' all-time homer leaderboard.

Rizzo's 11th homer and 34th RBI of the season, the dinger provided the North Siders with a 2-1 lead over the D-backs in the top of the fourth. The one-out blast came on an 0-2 count, with "Big Rizz" sending a 77.4-mph slider into the seats. The round-tripper left the bat at 99.6-mph and 28 degrees.