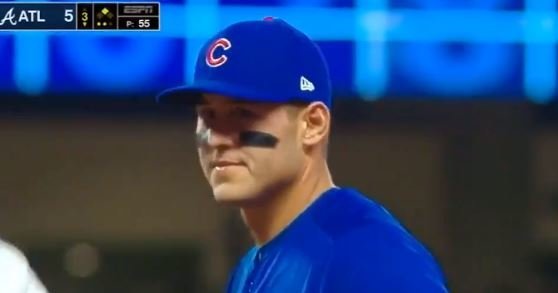 The Chicago Cubs are making history against the Braves on Monday night.

Not the good kind because they have a ridiculous six errors tonight through six innings. This is the most errors for the Cubs since 2006 and the high mark in the majors since the Marlins in 2014. Are the Cubs giving fans a April Fool's joke today?

The Cubs season-high errors in a game last season was only three.

Rizzo had a rough play earlier in the third inning when he had an error fielding a simple grounder and double downed and made it worse by throwing it away into the dugout allowing the running to go to second base.

I’m not one to panic because I’m over 21 and can buy all the beer I want, but something’s wrong with the Cubs pic.twitter.com/S2EhO9k3no