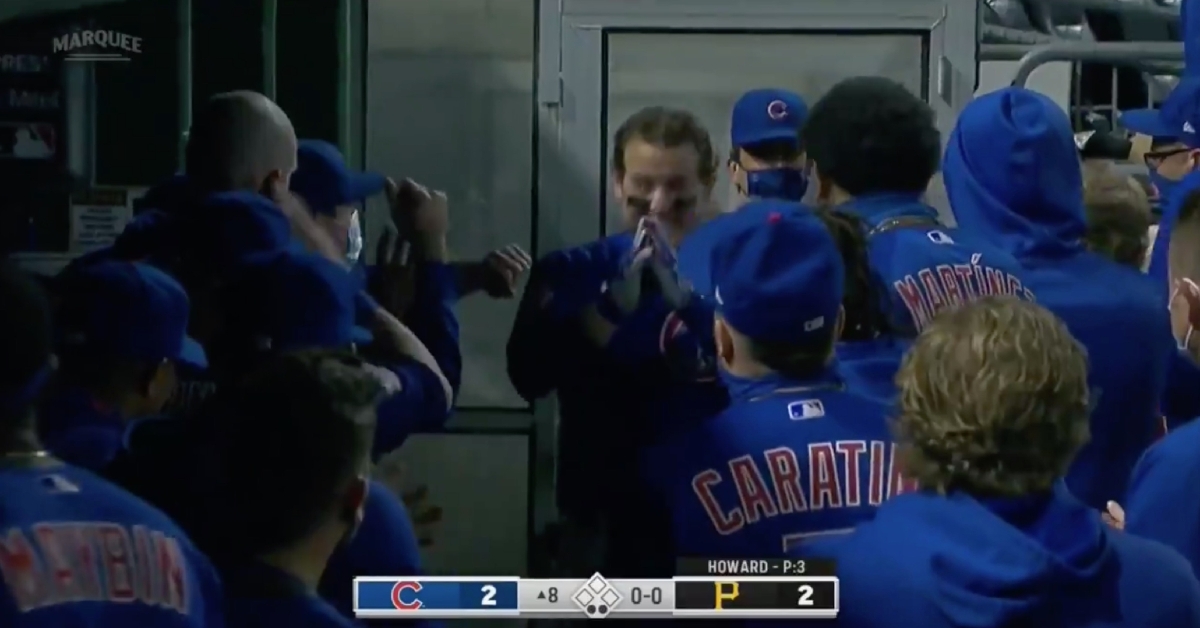 PITTSBURGH — Chicago Cubs first baseman Anthony Rizzo came up clutch on Tuesday, hitting a game-tying two-run bomb in the top of the eighth at PNC Park. The two-out dinger, which plated catcher Willson Contreras, came against Pittsburgh Pirates reliever Sam Howard and tied the game at 2-2. It also marked the 10th long ball of the season for "Big Rizz."

Rizzo's dugout celebration that followed the first home run hit by a Cub since Aug. 13 was rather inexplicable but all too perfect for the fun-loving Rizzo. Enacting some kind of strange ritual that involved forming a triangle with his hands and repeatedly hitting himself in the forehead, Rizzo rushed through the dugout with his rowdy teammates lining up on each side of him.

After making it to the end of line, Rizzo and outfielder Cameron Maybin shared a strangely long, passionate embrace that was likely comedic in nature. Rizzo's hug with Maybin, who has been Rizzo's teammate for less than a month, was just as laughable as the karate chop routine. Perhaps, Rizzo was extra excited about hitting what served as both his first non-solo homer of the season and his first long ball off a lefty pitcher in 2020.