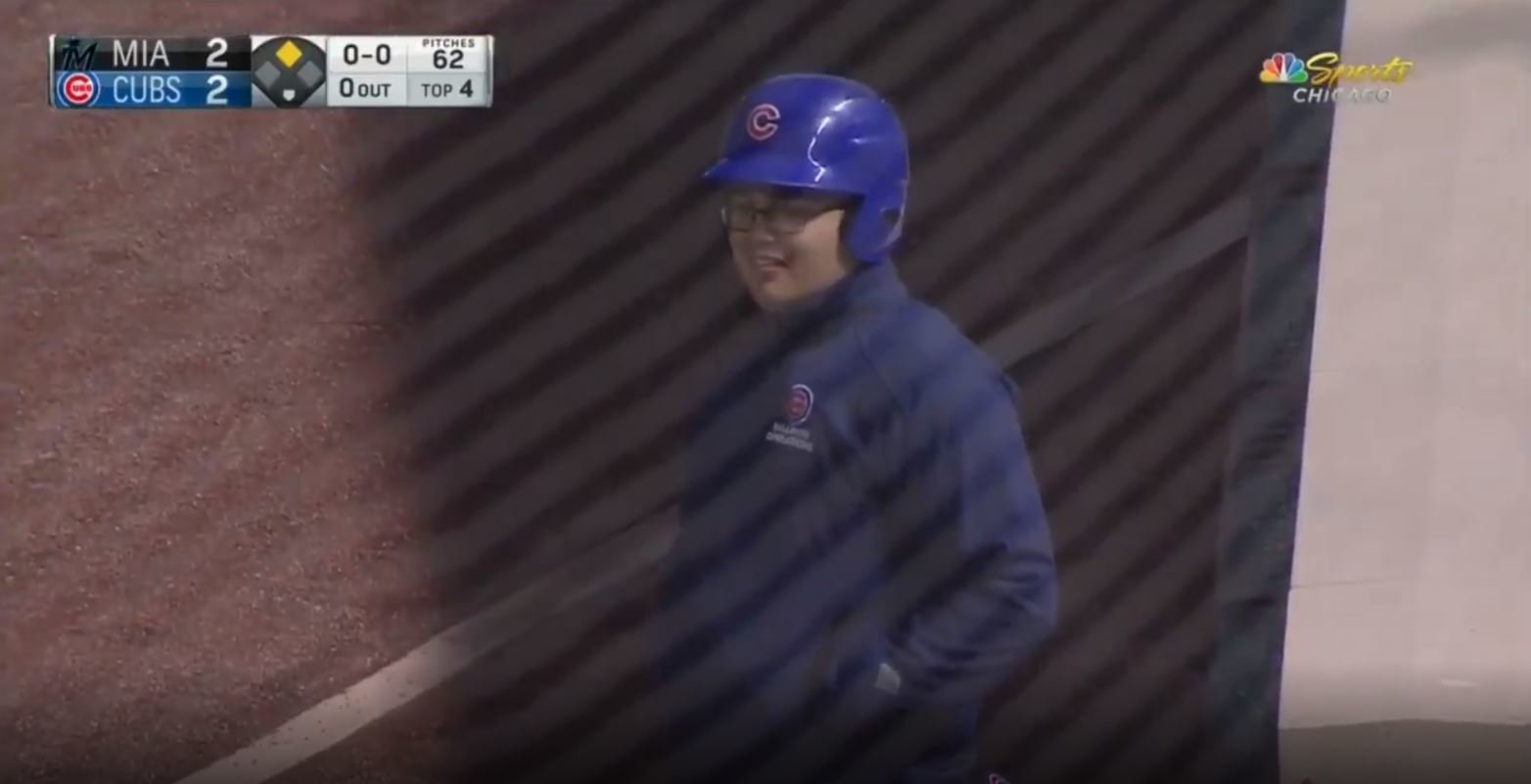 An honest mistake made by a Wrigley Field ball boy benefited the home team.

A minor controversy came to be in the Chicago Cubs-Miami Marlins matchup on Tuesday night, with a ball boy at Wrigley Field interfering with a Marlins hit that led to a decision that Marlins manager Don Mattingly was not too pleased with. Marlins shortstop Miguel Rojas led off the fourth inning with a hit down the left-field line that was barely fair. The ball boy stationed behind first base assumed that the ball was foul, so, naturally, he attempted to grab it, which resulted in an interference call.

The umpires deliberated about whether or not to allow Rojas to take second base but ultimately decided to grant him just one base on the play. Mattingly argued that Rojas should have been sent to second base because of the interference, but Cubs right fielder Jason Heyward quickly raced over to the baseball after it was hit. Therefore, the judgment call that Rojas would likely not have been able to convert the hit into a double was probably the right call. The Marlins failed to score Rojas after the leadoff single, as the Cubs benefited from the ball boy's blunder.

Oops. @Cubs RF ball kid interferes with a fair ball and ends up keeping a runner out of scoring position. #GoCubsGo pic.twitter.com/hEyLIq0vyJ