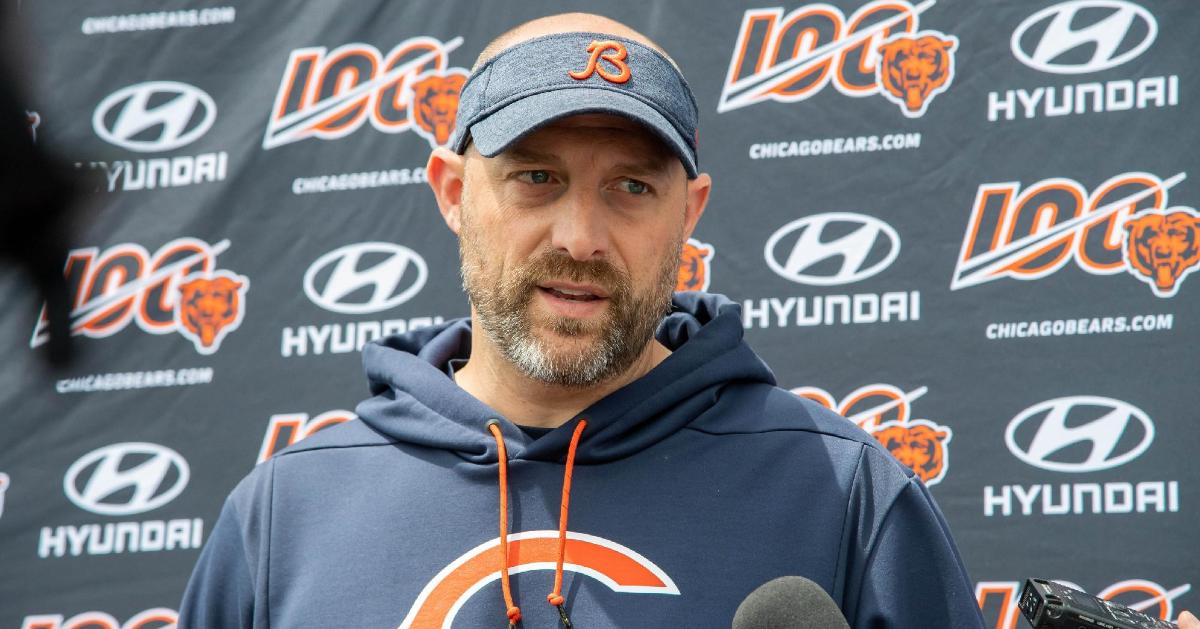 Head Coach Matt Nagy of the Chicago Bears slurred his words while singing "Take Me Out to the Ball Game" and a made a comical mistake. (Credit: Patrick Gorski-USA TODAY Sports)

CHICAGO — After firing a bullet to the plate for the ceremonial first pitch earlier in the afternoon, Matt Nagy, the head coach of the Chicago Bears, sang "Take Me Out to the Ball Game" during the seventh-inning stretch at Wrigley Field on Wednesday. With NFL training camp on the horizon, Nagy was on hand for the Cubs' home contest against the Cincinnati Reds.

Unfortunately for Nagy, who was joined by his kids in the broadcast booth for the singing tradition, he made an egregious error while working his way through the lyrics. Instead of singing "peanuts" in the third line of the tune, Nagy sang a word that describes a certain body part found on male mammals. It was an understandable mistake, as the anatomical term uttered by Nagy sounds quite similar to "peanuts." True to form, the Cubs fans in attendance paid no attention to the gaffe and continued to sing along, seemingly oblivious to Nagy's lyrical mishap.