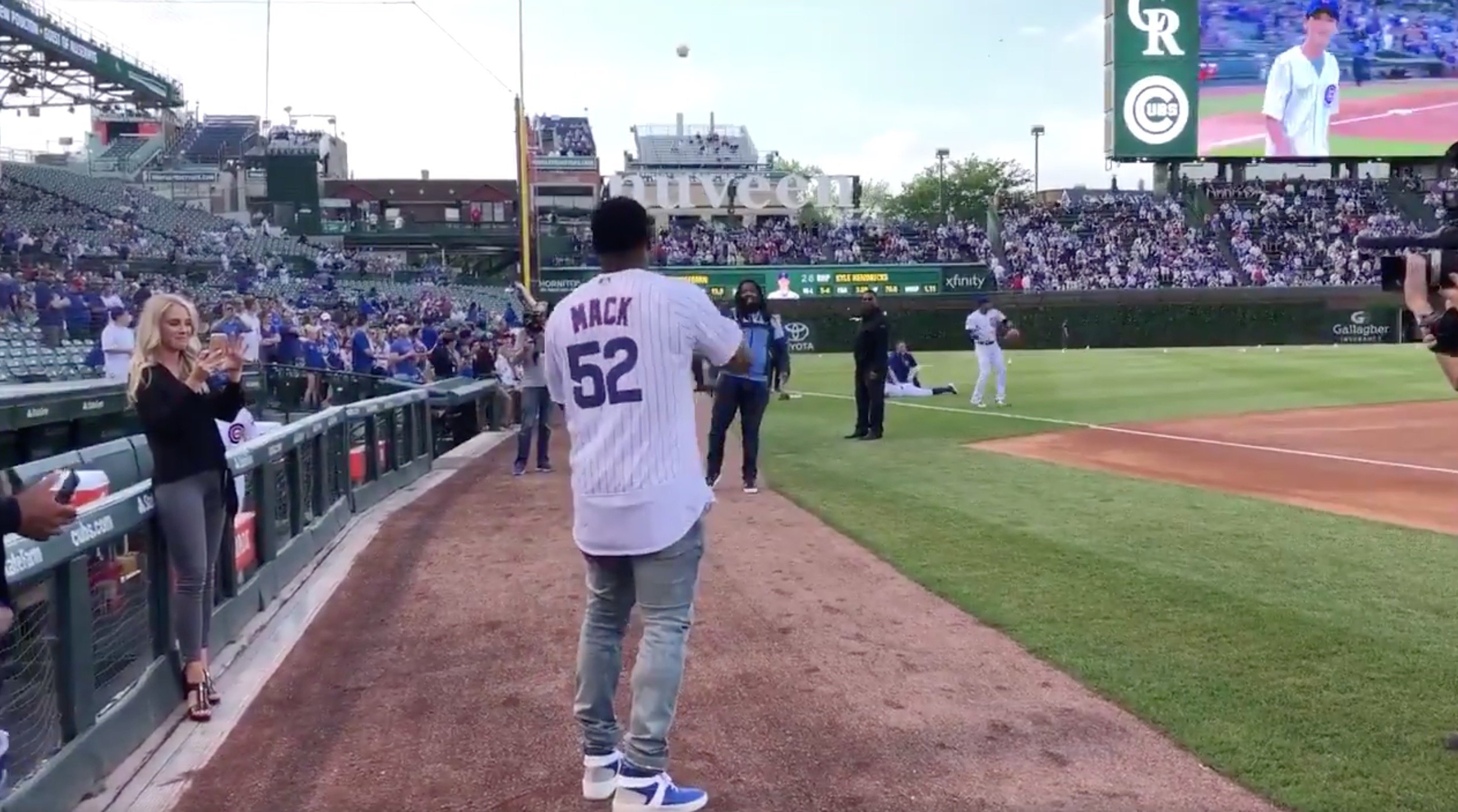 Prior to the opener of the Chicago Cubs' 3-game series at home against the Colorado Rockies, a couple of Chicago sports icons toed the rubber to throw out a first pitch on Tuesday. Cubs pitching legend Kerry Wood and Chicago Bears All-Pro linebacker Khalil Mack tossed a pitch apiece in front a supportive crowd at Wrigley Field. A two-time All-Star with the Cubs, Wood is best known for his record-tying 20-strikeout game in his rookie season, and he threw out his first pitch with several members of his charitable outfit, the Wood Family Foundation, on hand.

As for Mack, he recently showed out in his first season with the Bears following his acquisition from the Oakland Raiders this past fall. After engaging in some soft toss to prepare for his big moment, the four-time Pro Bowler lobbed a pitch that was rather high but over the heart of the plate, leaving Mack excited and fired up as he walked off the mound.

.@52Mack_ warming up for his first pitch on #AuthenticFan Night ???? pic.twitter.com/aDb8UrZwRF