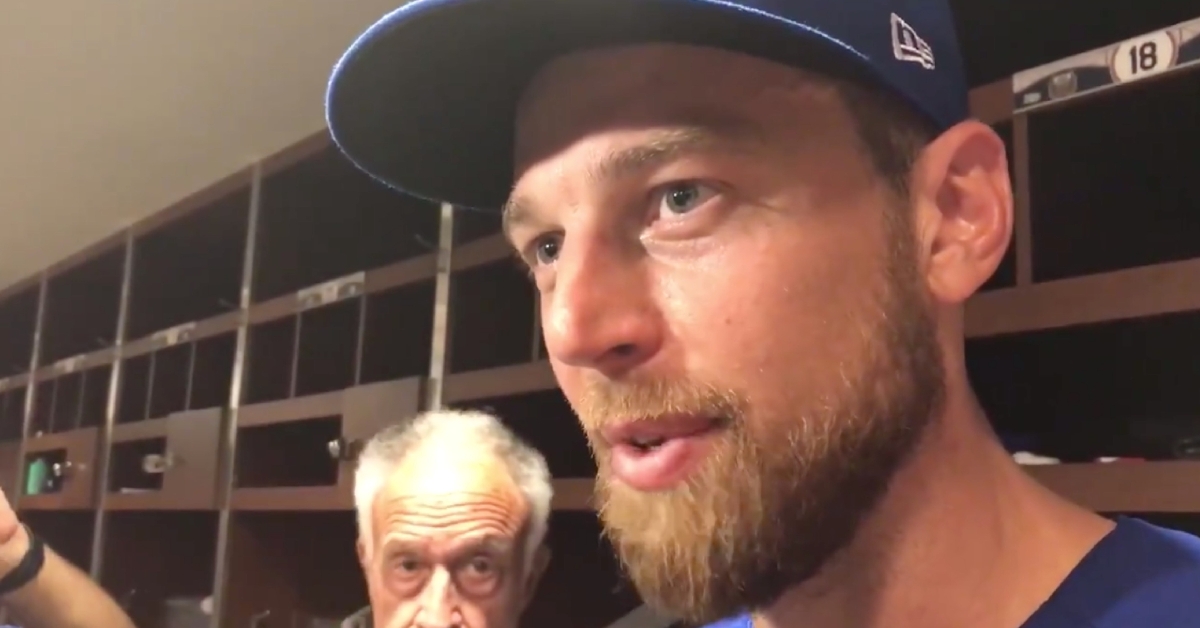 Ben Zobrist produced the final highlight of the Cubs' 2019 season by striking out Yadier Molina to cap off a scoreless inning on the mound.

ST. LOUIS — In what might have been his final appearance for the Chicago Cubs, or any big-league club, for that matter, 38-year-old utility man Ben Zobrist became the ultimate utility player by pitching on Sunday. Zobrist's first career pitching performance served as the final pitching performance by any Cub in the 2019 slate, as Zobrist tossed a scoreless eighth inning in the Cubs' loss at Busch Stadium.

The North siders were defeated 9-0 by the St. Louis Cardinals in Sunday's season finale, and the lone highlight of the Cubs' performance was Zobrist toeing the rubber in the bottom of the eighth. Although he issued two walks, Zobrist was able to prevent the Cardinals from scoring their 10th run, as he capped off the scoreless outing by striking out Cardinals catcher Yadier Molina on a 70-mile-per-hour pitch in the dirt.

Afterward, Zobrist discussed his 1-inning stint on the mound with reporters, revealing that he was all for it when the coaching staff asked him if he was up for it. Zobrist started at second base on the afternoon and also manned shortstop at one point. The pitching debut occurred in what could have been Zobrist's final game, as the impending free agent may decide to retire in the coming weeks or months. If so, that would make for a legendary ending to a legendary career.

Zobrist on pitching the 8th pic.twitter.com/dLt12gGBuR

Zo: “Fun to be a kid again.” pic.twitter.com/v7pUqsxFhY