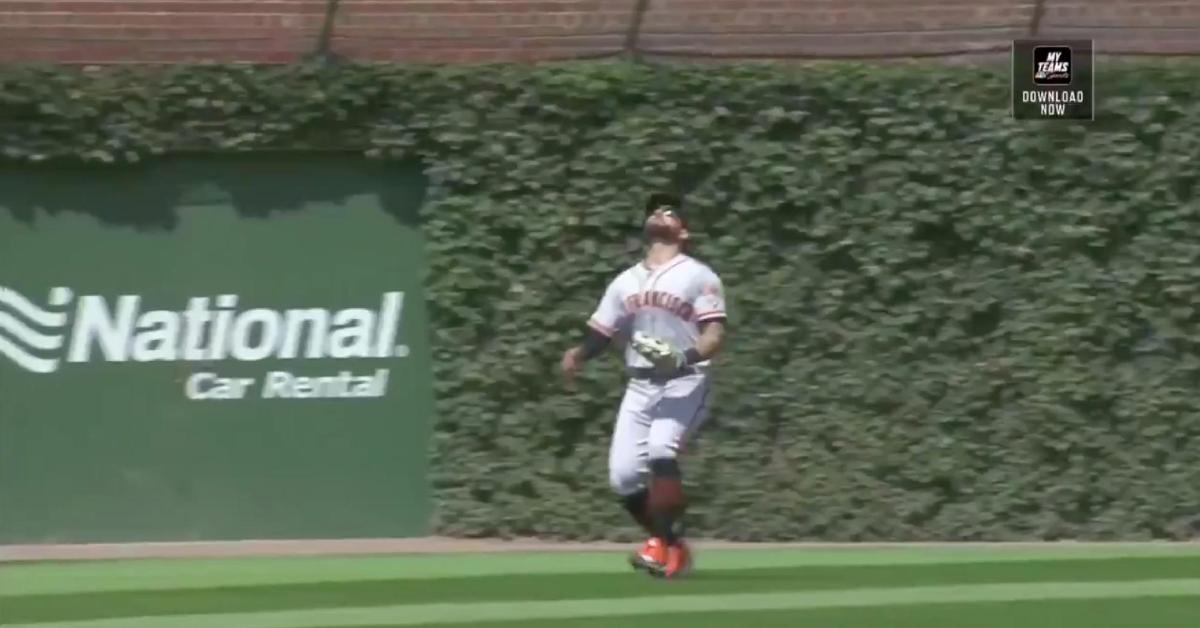 CHICAGO — With a little help from the blinding sun shining overhead at Wrigley Field on Thursday afternoon, the Chicago Cubs took a 1-0 lead in the bottom of the fourth over the San Francisco Giants. Cubs center fielder Jason Heyward reached base with a leadoff hit when Giants center fielder Kevin Pillar lost a high popup skied off Heyward's bat in the sun, thus resulting in the ball falling in for a single.

After the routine popup resulted in a man reaching first, a routine grounder resulted in the Cubs having two men on base, as Giants shortstop Brandon Crawford booted a ground ball. The error put runners on first and second, but a double-play groundout followed. However, with two outs, Cubs first baseman Anthony Rizzo drove an RBI line drive into center field, thus scoring Heyward and putting the Cubs up 1-0 on former Cubs ace Jeff Samardzija.