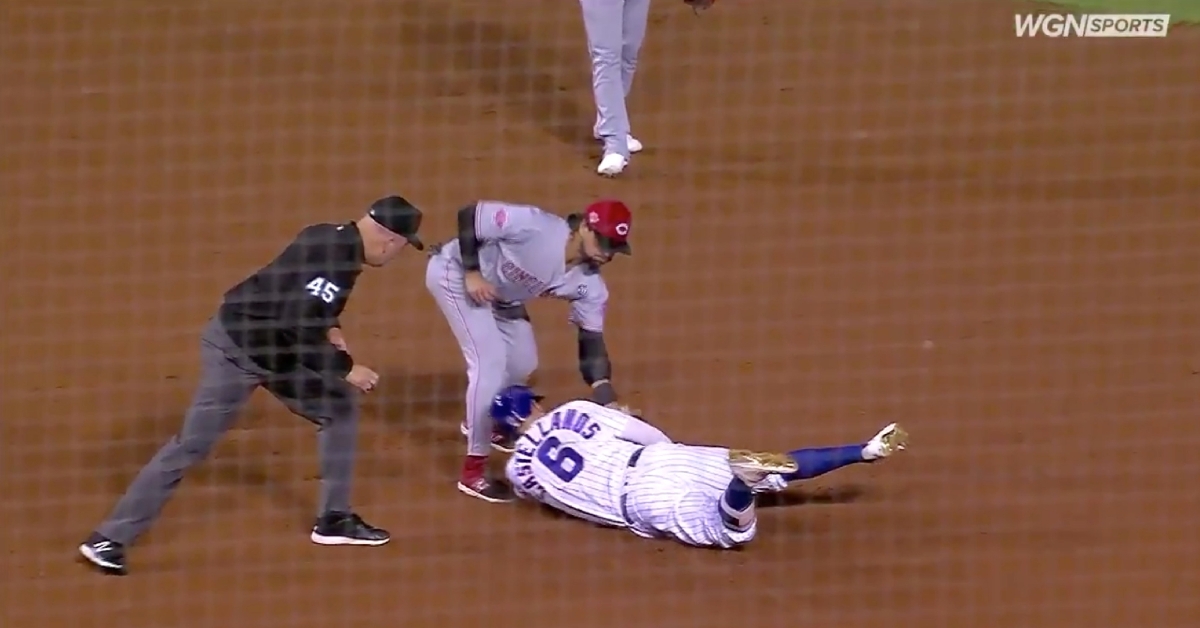 Chicago Cubs right fielder Nicholas Castellanos utilized a crafty slide in order to avoid being tagged out on an unorthodox double.

CHICAGO — Chicago Cubs right fielder Nicholas Castellanos collected the first hit of the game for the Cubs on Wednesday when he led off the bottom of the fourth with a double at Wrigley Field. However, the double was not exactly the kind of 2-bagger that Castellanos is accustomed to accruing.

With a drive to left-center field, Castellanos hustled around first base and headed for second base on what was essentially nothing more than a routine single. Cincinnati Reds shortstop Alex Blandino helped Castellanos' cause after catching the throw from the outfield.

Castellanos should have been out by a mile, but Blandino lazily stuck his glove out in front of the bag as if he expected Castellanos to slide right into it. Instead, Castellanos used a crafty slide to avoid Blandino's glove and was pumped up after being called safe.

The Reds challenged the play, as Reds manager David Bell was likely in disbelief that Blandino did not make the tagout in time, but the call stood. Castellanos then advanced to third base on a wild pitch and followed that up by avoiding another tag while scurrying home on a sacrifice fly from Kyle Schwarber, which tied the game at 1-1.