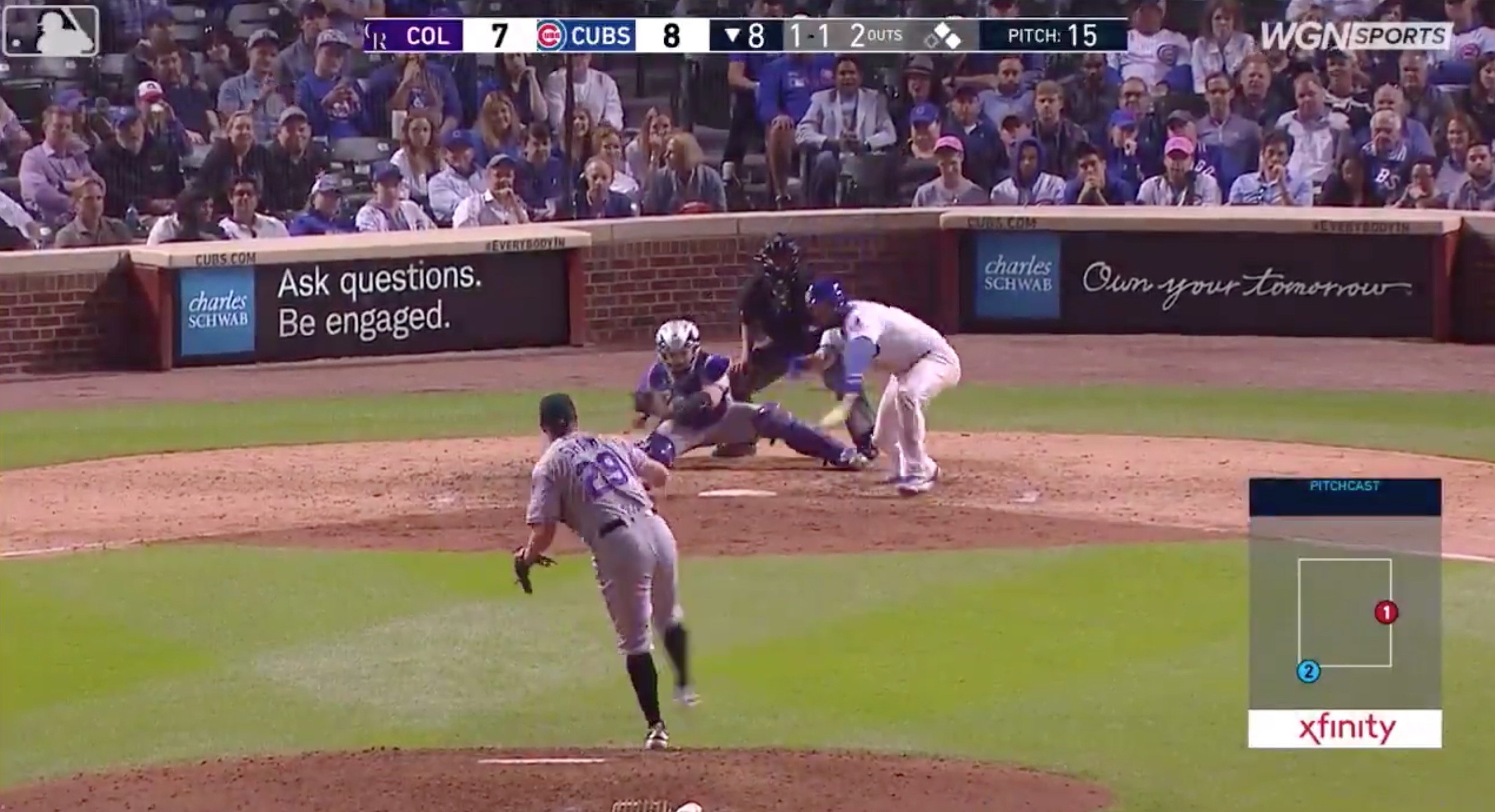 Seven of the nine runs scored by the Chicago Cubs on Wednesday night were driven home by second baseman David Bote, whose first career 4-for-4 performance paved the way for the Cubs to squeak out a 9-8 win over the Colorado Rockies at Wrigley Field. Setting a new career high for RBI accrued in a single game, Bote tallied his seven RBI by way of three 2-out hits.

The first 2-out hit was a 410-foot 3-run homer that broke a scoreless tie in the bottom of the fifth. The second such hit came on a bases-clearing double that was batted with the bases juiced in the bottom of the sixth. As for the final 2-out RBI hit, it proved to be the game-saving hit. With the Cubs clinging to an 8-7 lead in the bottom of the eighth, Bote plated an insurance run with a single to right field off Rockies reliever Bryan Shaw. The Rockies proceeded to push a run across in the top of the ninth but fell short in their 9-8 loss, thereby making Bote's eighth-inning single the winning hit.