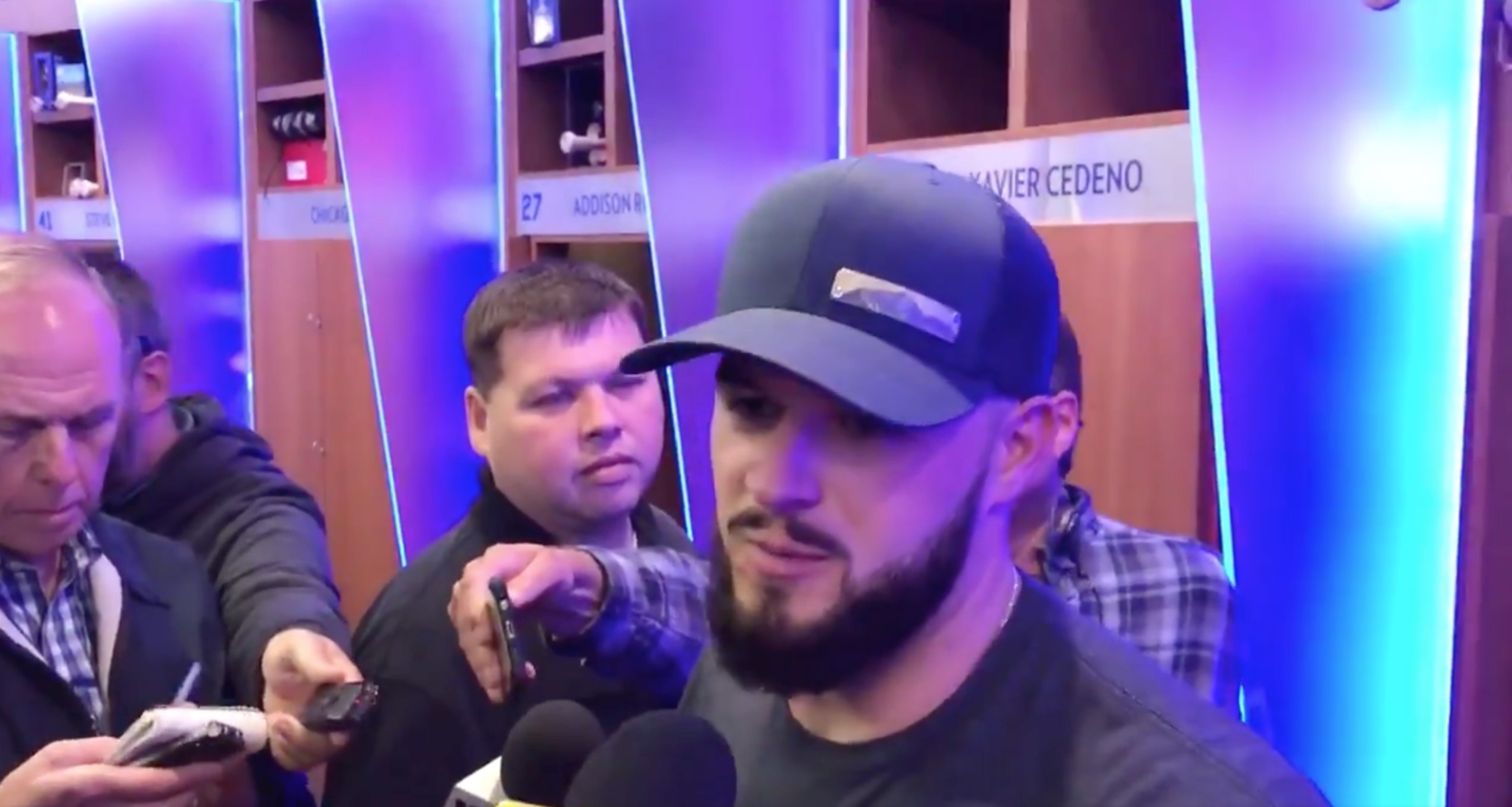 David Bote, who racked up seven RBI in Wednesday's game, is well on his way to becoming a Chicago Cubs legend. (Credit: David Banks-USA TODAY Sports)

Thanks to a career performance by second-year infielder David Bote, the Chicago Cubs were able to defeat the Colorado Rockies at Wrigley Field on Wednesday. In the 9-8 win, seven of the Cubs' nine runs were driven in by Bote, who experienced his first career 4-for-4 game and tallied a career-high seven RBI. A fan favorite at Wrigley, Bote was serenaded by the sweet sound of his last name being chanted by countless Bleacher Bums during a few of his at-bats on the night.

"I found a way to get on base all night long," Bote said to the media following the game before adding about hearing his surname getting chanted, "It never gets old."

Bote has developed a reputation for himself as a clutch performer early on in his big-league career, and his 7-RBI performance exemplified why that is the case. Despite not starting on a regular basis, Bote, who started at second base against the Rockies, has made the most of his playing time this season and is enjoying the ride. Interestingly enough, Bote, a Colorado native, made his MLB debut last year in a game versus the Rockies and experienced arguably his best career hitting performance versus the Rockies on Wednesday.

"You've just got to enjoy it," Bote said when asked what his pivotal performance in the thrilling win means to him. "It doesn't get any better than playing at Wrigley. With that fanbase, games like this and this clubhouse with these guys in a winning organization, you can't ask for much more than that."

David Bote on his big night propelling the #Cubs to a win pic.twitter.com/DhsfvuiFuL