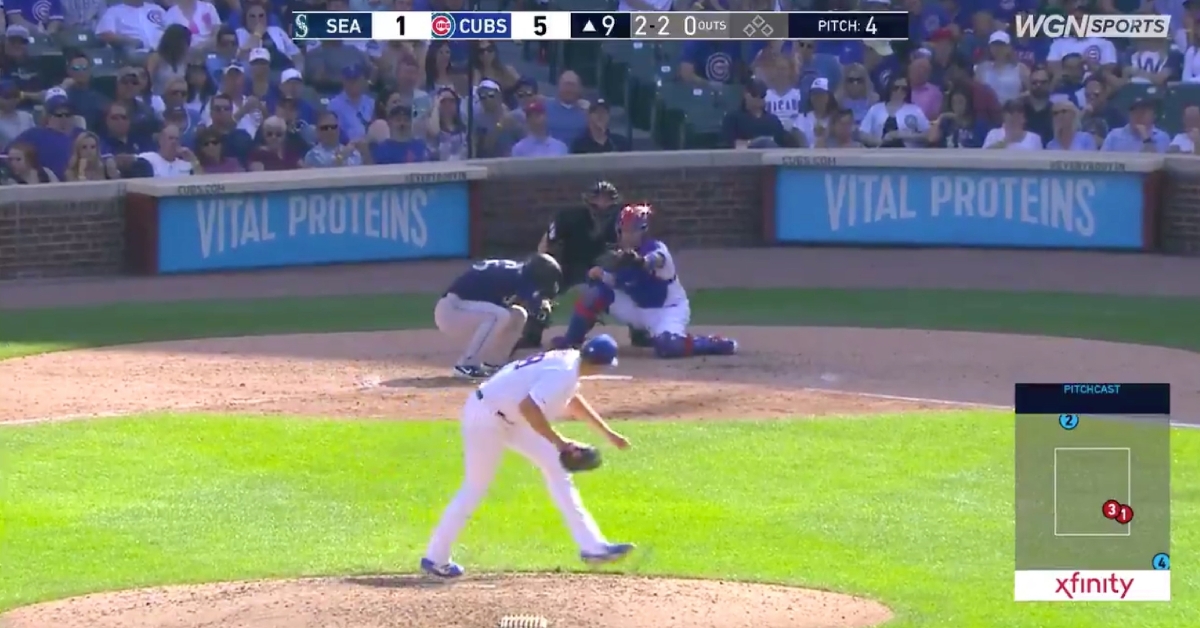 Brad Wieck's nasty curveball made Kyle Seager, who ducked in order to avoid getting hit by the breaking ball, look very foolish.

CHICAGO — Being a 6-foot-7-inch pitcher, such as Chicago Cubs reliever Brad Wieck, certainly has its benefits, and one of those benefits is scaring the bejesus out of opposing batters with curveballs that break right in front of their faces. On Monday, Wieck, who was acquired by the Cubs at the trade deadline, showed the baseball world what that is like.

Wieck pitched a flawless ninth inning to finish off the Cubs' 5-1 win at Wrigley Field over the Seattle Mariners, and his first out of the frame came via a strikeout of Mariners third baseman Kyle Seager. Seager technically struck out looking, but he really did not look at strike three at all because he was crouched down and staring at the ground.

A nasty curveball from Wieck fooled Seager so badly that Seager ducked when thinking that the pitch was headed directly for his cranium. However, the 12-6 curveball broke after Seager squatted down and ended up sailing over the heart of the plate for the third strike of the at-bat. Seemingly in disbelief, Seager briefly argued the call, but his supposed disagreement was likely due to embarrassment more than anything.