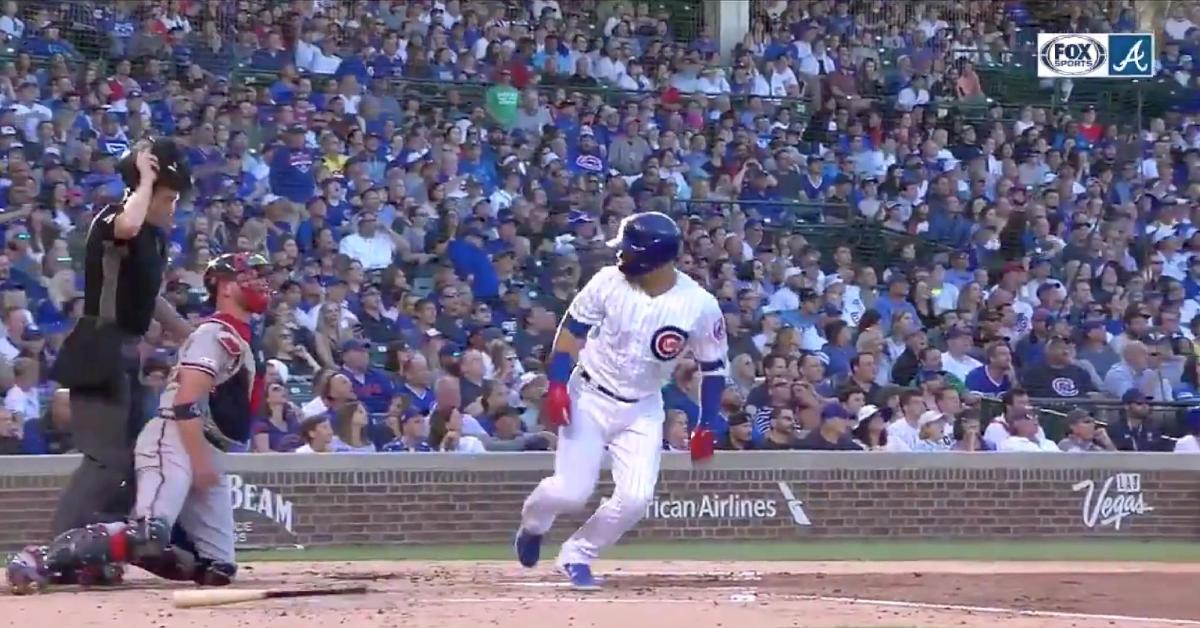 CHICAGO — The Atlanta Braves' television broadcasting team has gained notoriety in recent years for uttering some rather audacious remarks on the air, and, on Monday, commentator Jeff Francoeur spouted out a couple of fairly volatile comments about Chicago Cubs catcher Willson Contreras. Contreras got into a minor tiff with Braves catcher Tyler Flowers after Flowers chirped at Contreras for arguing a strike call, which led to Contreras barking at Flowers when he hit a home run soon afterward. When the replay of the incident was aired on the Braves' broadcast, Francoeur said that Contreras, who shouted something at Flowers while beginning his home-run trot around the bases, was lucky that "he didn't get decked" by Flowers.

Interestingly, Contreras and Francoeur have a little bit of history together, with Contreras confronting Francoeur at the plate in 2016, when Francoeur was playing for the Braves. In that particular incident, Francoeur glared at Contreras after the backstop positioned himself on the inside of the plate, thereby calling for an inside pitch. The Fox Sports Southeast broadcast showed footage of the fracas, and a pensive Francoeur opined that he should have "thrown a haymaker" Contreras' way. The two had to be separated in the bench-clearing skirmish that clearly still weighs heavily enough on Francoeur's mind to make the former Braves outfielder resort to some rather colorful color commentary concerning Contreras.

"He's lucky he didn't get decked" shut the fuck up and we all know Willson would beat that asspic.twitter.com/wmfsxy9XHT