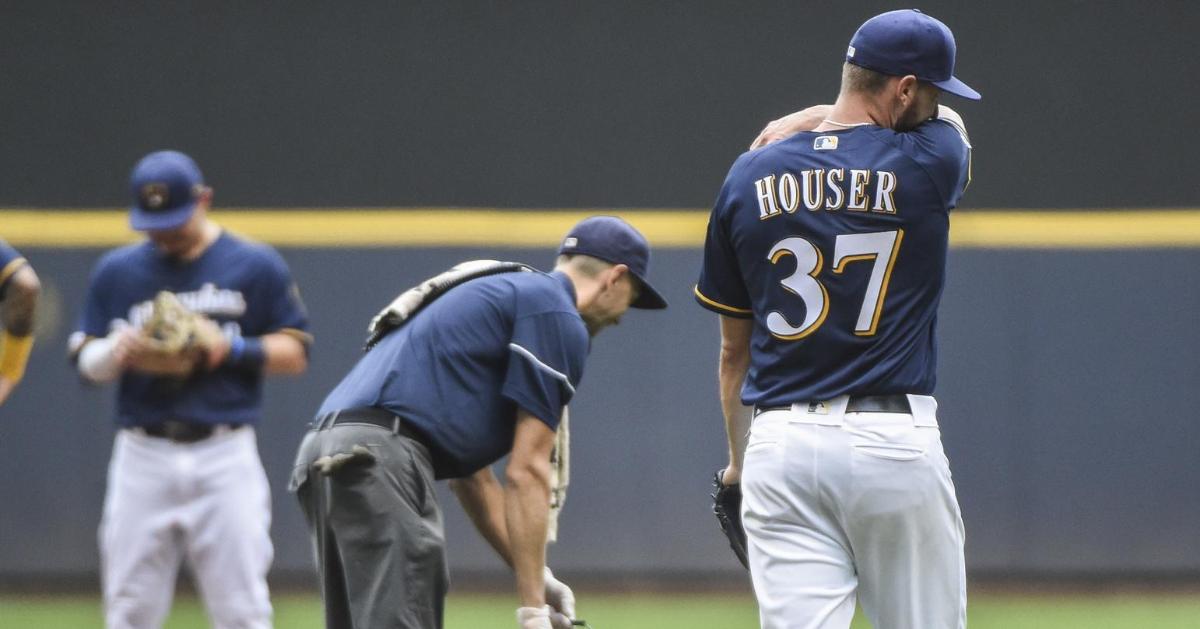 MILWAUKEE — In Saturday's contest at Miller Park between the Milwaukee Brewers and the Texas Rangers, Brewers starting pitcher Adrian Houser pitched six innings of 1-run ball and came away with the winning decision, as the Brewers took down the Rangers by a final score of 3-2. However, early on his start, Houser let his nerves get the best of him, and he upchucked onto the field as a result

Showcasing that he is a hurler in more ways than one, Houser, who also puked during a game last year, committed a fielding error on a potential inning-ending grounder in the first frame. Following the botched play, Houser could hold in his nerve-induced barf any longer, and he proceeded to vomit onto the grass. Houser overcame his anxiousness, though, and, after a watering can was brought out by a member of the grounds crew to clean up the vomitous mess, he resumed pitching and fared well the rest of the way.

Adrian Houser makes an error then pukes on the mound, a breakdown pic.twitter.com/hddQGm15LW

#Brewers Adrian Houser knew the puke questions were coming but he pitched heck of a game tonight. pic.twitter.com/D1o1cpB93S