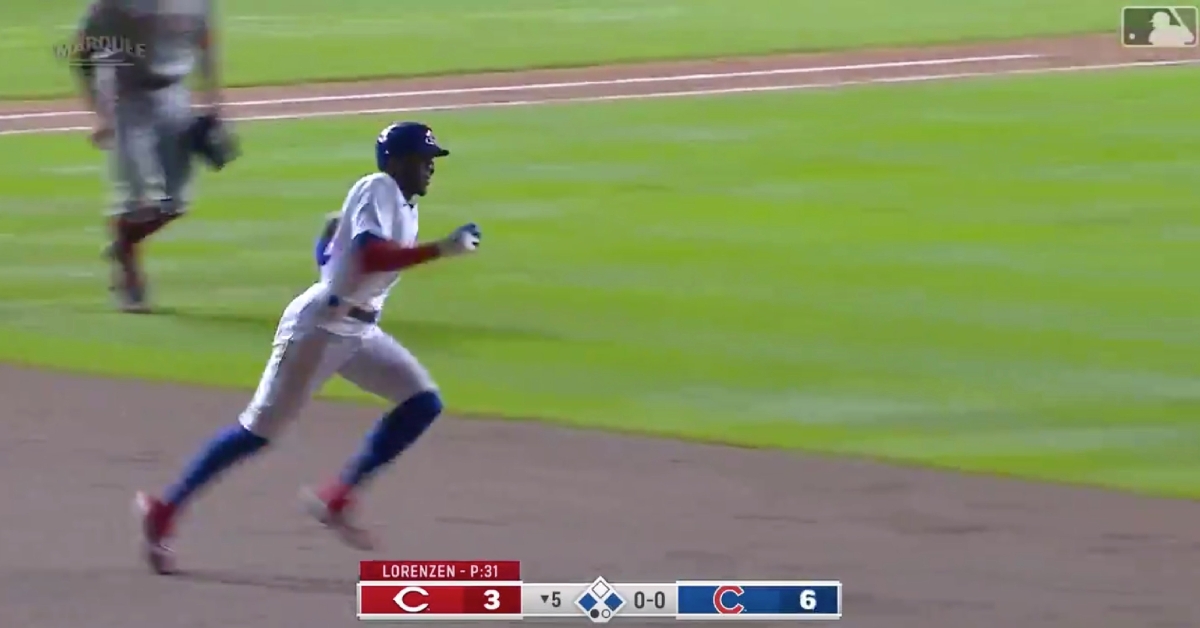 Cameron Maybin hustled around the bases for an RBI triple, driving home his first run as a Cub.

CHICAGO — Showing off the trademark speed that was part of the appeal behind the Chicago Cubs recently trading for him, outfielder Cameron Maybin legged out an RBI triple on Thursday. Maybin tripled a few at-bats after catcher Willson Contreras doubled, and Contreras came home on the three-bagger hit into the left field corner.

Maybin's first triple, as well as his first RBI, in a Cubs uniform increased the Cubs' lead over the Cincinnati Reds to 6-3 in the bottom of the fifth at Wrigley Field. The throw made from left field to third base grazed Maybin's chin but did not cause an injury. Later in the inning, Maybin scored on a fielder's choice that Nico Hoerner hit into, putting the Cubs ahead 7-3. Reds reliever Michael Lorenzen was on the mound when both runs scored.