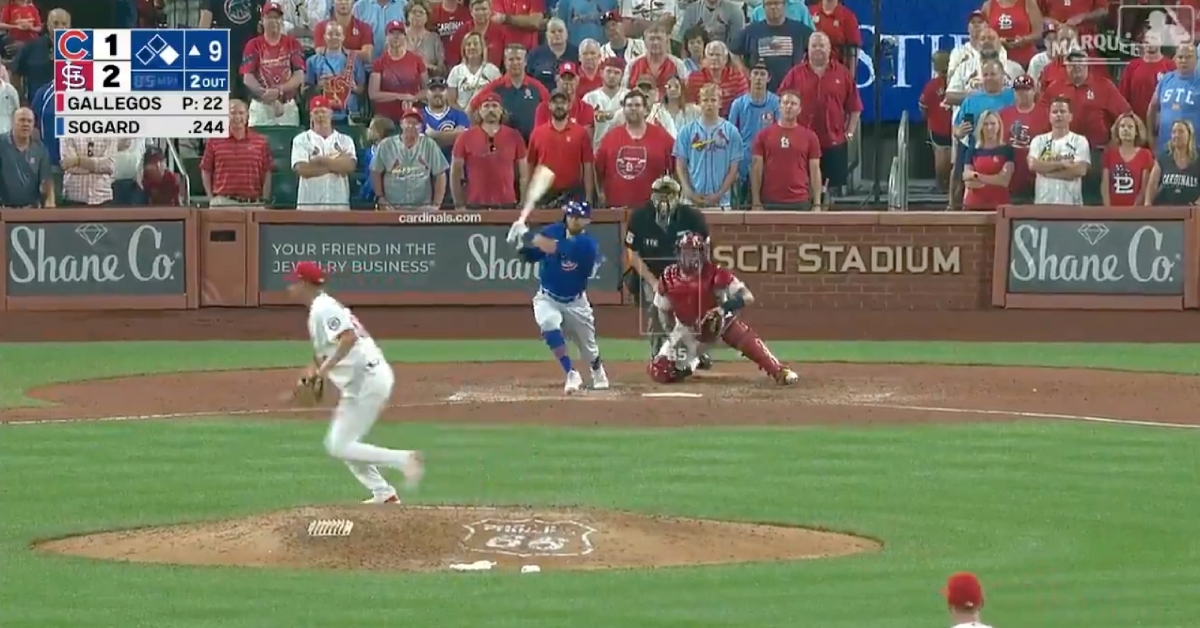 ST. LOUIS — Down to their final strike at Busch Stadium on Wednesday, the Chicago Cubs stayed alive when Giovanny Gallegos, who has been one of the few bright spots in the St. Louis Cardinals' lackluster bullpen this season, plunked Nico Hoerner in the elbow. The hit by pitch followed a swinging strikeout by Patrick Wisdom, a former Cardinal, and a routine groundout by Jason Heyward, another former Cardinal.

The Cubs plated six runs in the top of the ninth as part of a miraculous 7-6 win over the Cardinals on Tuesday, and the Redbirds blew yet another save the very next night. This time, the Cubs plated just one run in the ninth frame, with Eric Sogard pinch hitting in the pitcher's spot in the batting order and hitting a game-tying RBI double into the gap between right and center. The two-out two-bagger scored Hoerner from first, and Sergio Alcantara then pinch ran for Sogard.

John Gant then relieved Gallegos and experienced command issues of his own. While Hoerner's two-out hit by pitch came on a 1-2 count, Jake Marisnick was drilled in the back by Gant on a 2-2 count.

Willson Contreras was beaned in the elbow on the next pitch and, as he is often is after getting plunked, was perturbed, with fellow backstop Yadier Molina calming Contreras down and assuring him that the HBP was unintentional. Anthony Rizzo, the most likely player to get hit by a pitch on the Cubs' roster, then stepped up to the plate with the bases juiced.

Gant avoided drilling Rizzo. Instead, Rizzo grounded out to second baseman Tommy Edman, who was positioned in shallow right. Edman did not cleanly the field the ground ball, but he was able to throw the slew-footed Rizzo out at first, with Paul Goldschmidt recording the inning-ending putout, which left the bases loaded. Sogard kept the North Siders' hopes alive, however, taking advantage of the Cardinals' bullpen woes and extending the game.