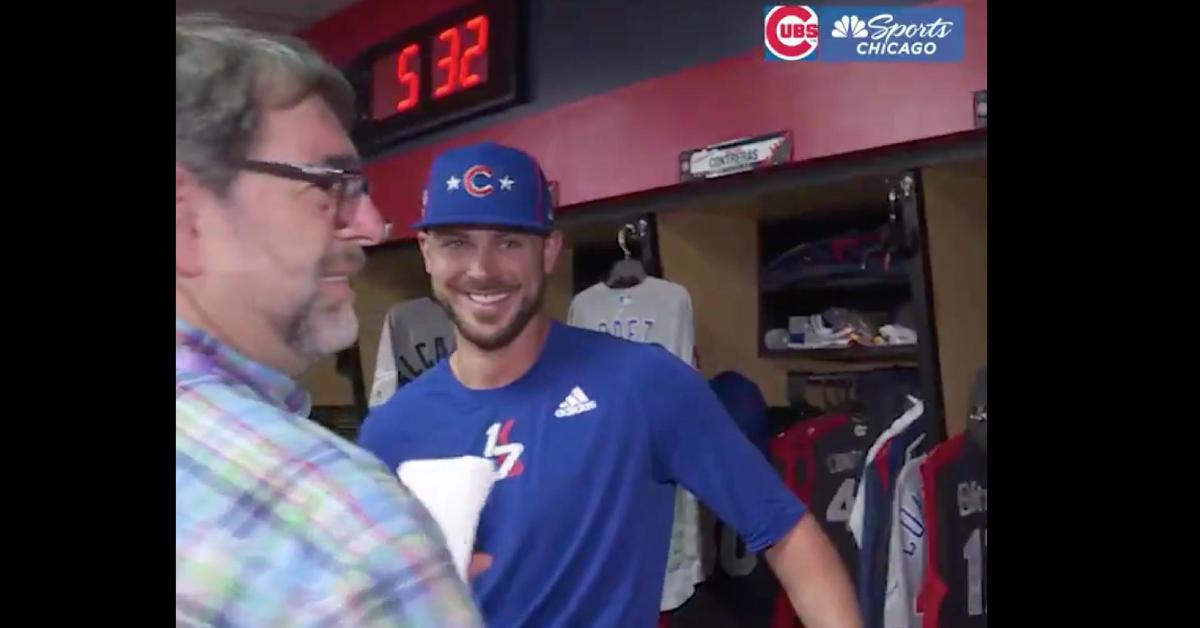 CLEVELAND — In a locker-room media session that preceded Tuesday night's All-Star Game, NBC Sports Chicago reporter Kelly Crull asked St. Louis Cardinals shortstop Paul DeJong about the loathing that Cardinals fans have toward Chicago Cubs third baseman Kris Bryant over Bryant's offseason banter that mildly disparaged the city of St. Louis. Adding to the awkwardness of the question was the fact that Bryant was standing just a few feet away from DeJong. Bryant clearly heard the question being asked, leading Bryant and DeJong to share nervous laughter while DeJong thought about how to answer.

DeJong was specifically asked if he had "cleared the air" with Bryant over the remark that Bryant made about St. Louis being "boring." DeJong downplayed the comment, saying that it was made in the spirit of Cubs Convention, and also revealed that he had said a few choice words about the city of Chicago before. There are clearly no hard feelings between the two National League Central infielders, as they were seen chatting together while walking out onto the diamond at Progressive Field for the All-Star Game player introductions.

So are things cool between Cardinals players and KB?

When they're standing next to each other answering questions before the #AllStarGame, they seem to be ?? pic.twitter.com/fJkSdXNt5w