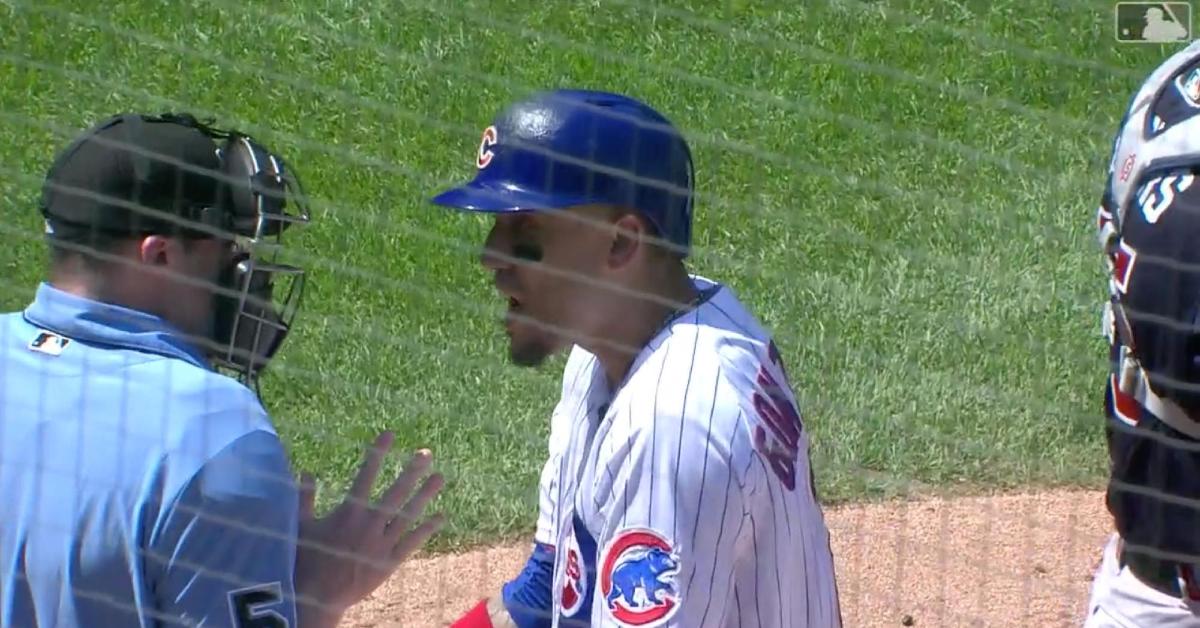 Chicago Cubs outfielder Carlos Gonzalez lost his cool after getting rung up on Thursday.

CHICAGO — Chicago Cubs outfielder Carlos Gonzalez has been struggling offensively as of late, and his frustration seemed to boil over into rage when a close third-strike call came at his expense on Thursday. The home-plate umpire was quick to eject Gonzalez after "CarGo" took umbrage with a fastball in the bottom, outside corner of the strike zone in the Cubs' contest with the Atlanta Braves at Wrigley Field.

In the midst of a 3-run fourth inning put together by the Cubs, Gonzalez was rung up after the umpire behind the plate called strikes on back-to-back pitches thrown low in the zone. Both calls appeared to be correct, but Gonzalez, who was ultimately struck out after having a 3-1 count to work with, did not think so. Cubs manager Joe Maddon hurried out of the dugout to prevent Gonzalez from going too far in his heated tirade but was not ejected himself, despite arguing the strike calls in question. Meanwhile, Gonzalez, who slammed his bat down in disgust, stormed off and hit the showers early.