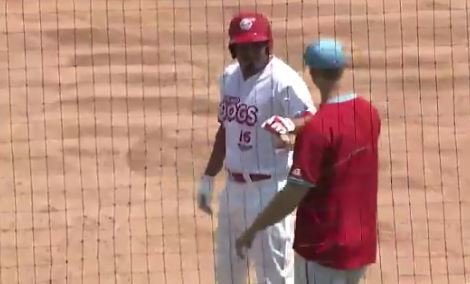 The 'Big Z' comeback tour is officially up and going well.

Former Cubs pitcher Carlos Zambrano has been playing with the Chicago Dogs and Wednesday went 2-for-3 with a double and a run scored as a designated hitter batting in the sixth hole.

Yes, you read that right, he was the designated hitter. It makes sense since he was a prolific hitter during his major league career as a three-time Silver Slugger winner (2006, 2008, 2009).