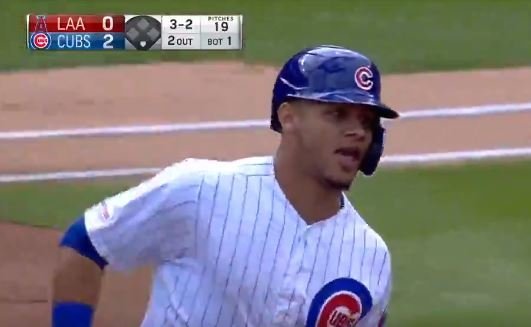 The Chicago Cubs are hitting on all cylinders this afternoon against the Angels.

In the first inning, Anthony Rizzo smacked a two-run 470-foot bomb to put the Cubs up 2-0. Contreras followed up later in the inning with a 460-foot moonshot to left field that traveled onto Waveland.

This is the first time in the Statcast era (since 2015) that the Cubs hit two homers at least 460 feet according to MLB's Matt Kelly.

Cubs are now up 3-0 after one inning. It was Contreras' fourth homer of the season.

Zo liked the homer by Contreras: