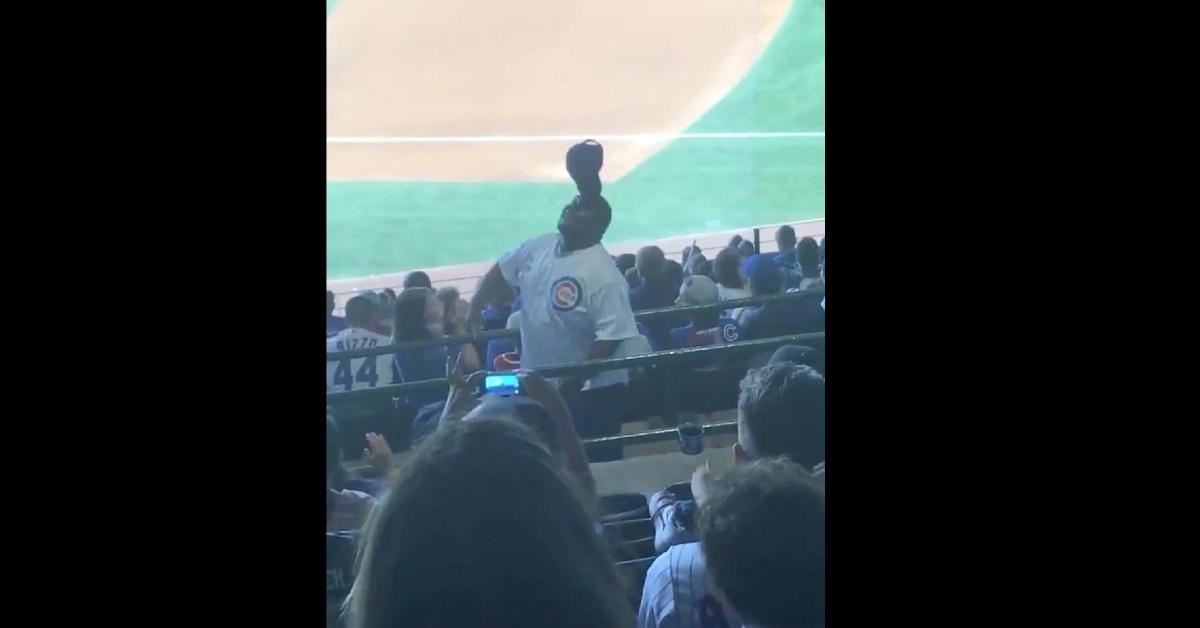 A section of fans at Wrigley Field were treated to a show when a man combined a lively dance routine with a balancing act. (Credit: Jerry Lai-USA TODAY Sports)

CHICAGO — There are no limits to the sights and sounds that can be experienced at Wrigley Field during a Chicago Cubs game. That was proven when a random Cubs fan was captured on video balancing his hat on his forehead while doing the "YMCA" dance on Thursday.

With the the Cubs taking on the San Francisco Giant at the Friendly Confines, a fairly rotund man showed off his surprisingly smooth dance moves while dancing to the Village People's "YMCA," which played over the loudspeakers. He then abruptly stopped dancing and balanced the bill of his hat on his forehead for several seconds.

Once the sideshow ended, the man received a chorus of applause and cheering from the fans in his section of the stands. Thankfully, Barstool Chicago tweeted out the video, which was originally posted by @earlybird88 on Instagram, as a friendly reminder that the Cubs' fan base is one of a kind.

The Cubs don't lose at Wrigley. Let's have a weekend. (Via IG/earlybird88) pic.twitter.com/hbugNcX7yU