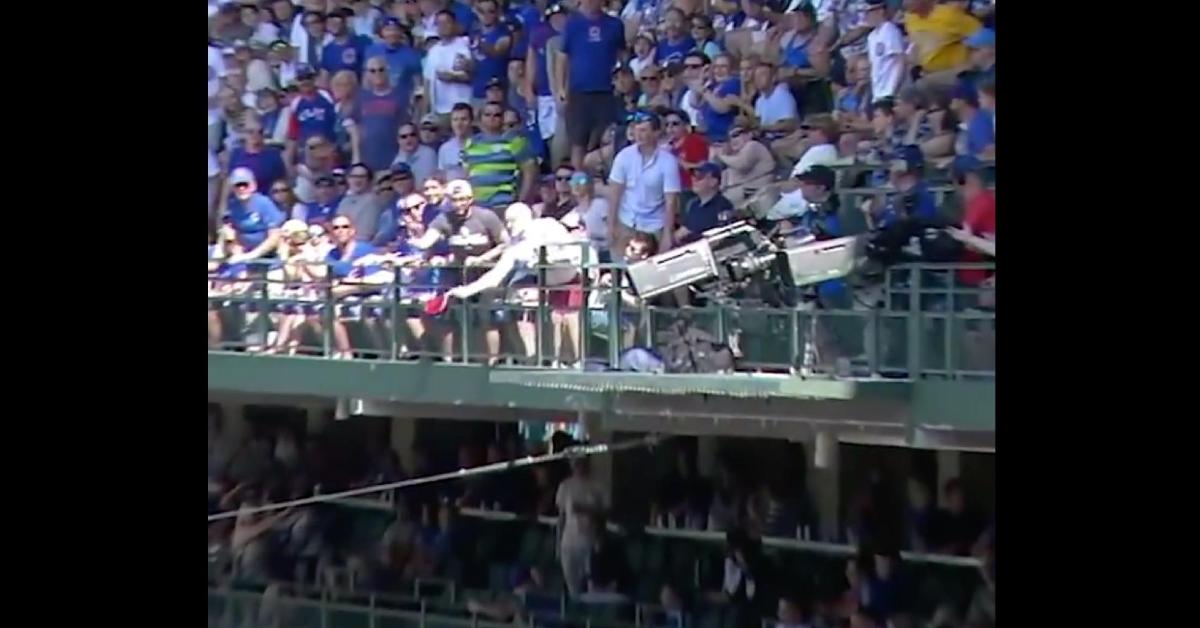 This Cubs fan used his son's baseball cap as a baseball glove when catching a foul ball.

CHICAGO — In Thursday's series finale between the Chicago Cubs and the Atlanta Braves, a Cubs fan at Wrigley Field made an impressive catch of a foul ball using a hat. Interestingly, the hat that the man used was not his own. Rather, he swiped the Cubs cap from his son's head and leaned over an upper-deck railing in order to snag the souvenir for his kid.

Arguably the coolest guy at the ballpark on the afternoon, the radical dad cooly sat back down in his seat after hauling in a towering foul ball hit by Cubs second baseman Addison Russell, acting as if the chorus of cheers and applause that he was receiving from the fans around him was nonexistent. He proceeded to slap the baseball into his son's hand before slapping a high-five with his buddy sitting next to him. Lastly, the man placed the useful cap where it rightfully belonged, on his son's dome.