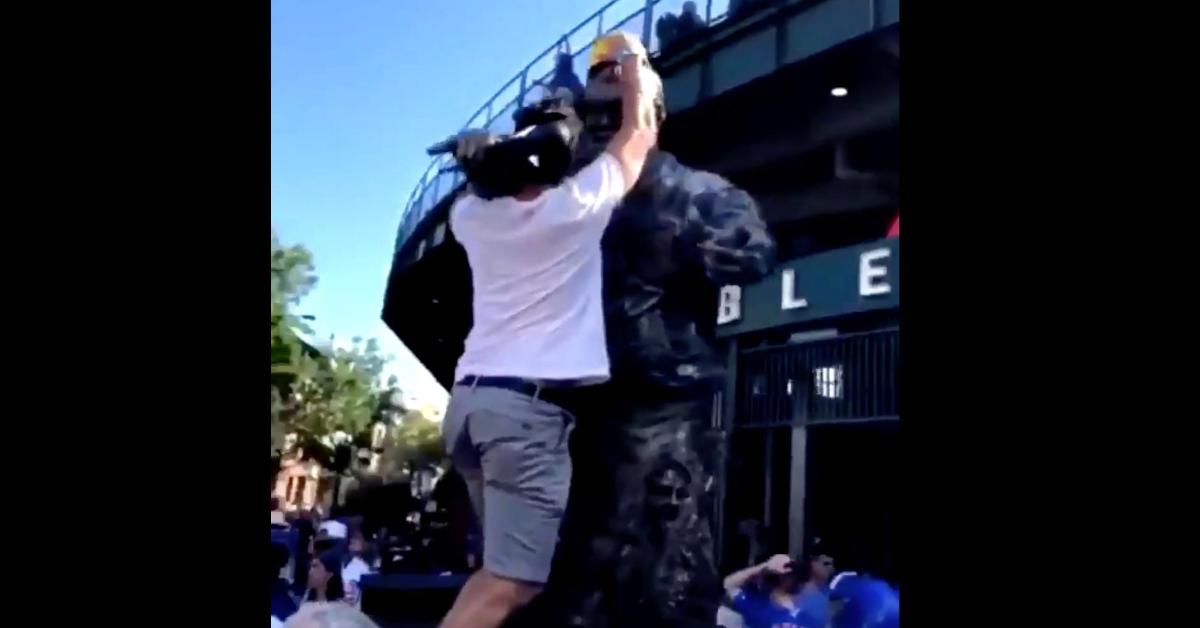 A brazen young man climbed onto the Harry Caray statue at Wrigley Field in order to place a hard hat on its head.

CHICAGO — At the weekend series between the Chicago Cubs and the Milwaukee Brewers, an abundance of fans have been donning yellow hard hats while sitting in the Wrigley Field stands. A Cubs super fan known as "DOM," which stands for "Director of Morale," has been leading the hard-hat movement. DOM was affiliated with Barstool Sports in the past, and his antics are typically Barstool-like in nature.

On Sunday, DOM tweeted out a video of a bold fan scaling the Harry Caray statue that is located just outside Wrigley Field and placing a hard hat on top of the statue's head. While DOM made it clear in his tweet that he does not condone vandalism on the Wrigley Field property, he also expressed his support for providing the iconic sculpture with protective headgear.

for the record & cubs executives that follow I do NOT condone damaging wrigley field property but I also cant sleep at night bc harry isnt protected out there pic.twitter.com/lrUQ2R96yo