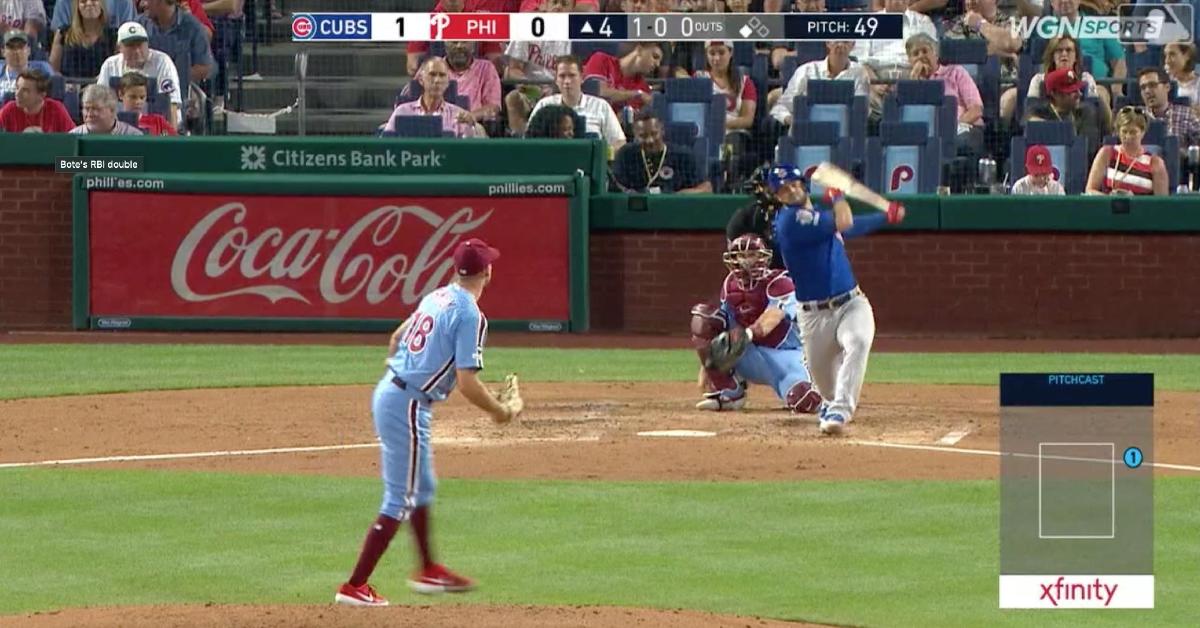 The Chicago Cubs collected three runs on four hits in the fourth inning on Thursday and went up 4-0 over the Philadelphia Phillies.

PHILADELPHIA — The Chicago Cubs took control of their Thursday night contest against the Philadelphia Phillies with a 3-run fourth inning at Citizens Bank Park. By scoring three runs, two of which were plated with two outs, off former Cubs pitcher Justin Smyly, the Cubs garnered a commanding 4-0 lead.

Cubs second baseman Ian Happ led off the inning with a rocket hit to deep right field that caromed off the top of the wall and bounced well out in front of Phillies right fielder Bryce Harper. The deep drive resulted in Happ's first triple of the season. A few pitches later, Cubs shortstop David Bote brought Happ home with an RBI double hit to deep center field.

After Smyly collected back-to-back strikeouts, Cubs center fielder Albert Almora Jr. slapped an RBI base knock to right field that enabled Bote to score. Due to an error committed by Phillies shortstop Jean Segura when he botched a catch of a throw from the catcher at second base, Almora, who advanced to second base on the throw home from the outfield, trotted to third base.

Then, Cubs first baseman Anthony Rizzo put the Cubs ahead 4-0 by hitting a screamer through the 3-4 hole and into right field, thus ushering Almora across the dish. Smyly put an end to the scoring barrage by drawing an inning-ending flyout following Rizzo's base knock, but plenty of damage had already been done.