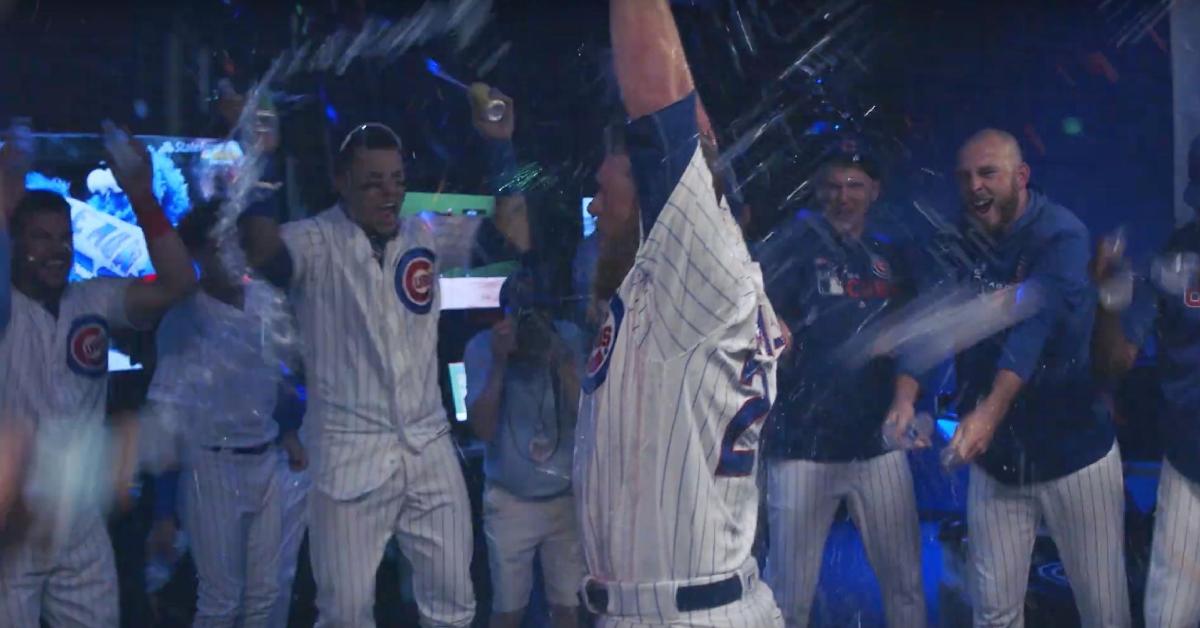 Craig Kimbrel's debut save with the Cubs was followed up by Javier Baez and Willson Contreras getting picked for the All-Star team. (Credit: Matt Marton-USA TODAY Sports)

CHICAGO — On Thursday, the Chicago Cubs released a video on their YouTube channel that provides an inside look at two momentous occasions from this past month. The clip relives closer Craig Kimbrel's riveting Cubs debut in a thrilling victory over the Atlanta Braves and also depicts the clubhouse reactions to shortstop Javier Baez and catcher Willson Contreras being named starters for the National League All-Star team.

Both significant happenings took place on June 27, 2019, and the video "Kimbrel's Cubs Debut, Báez & Contreras Named All-Stars" displays all of the notable sights and sounds surrounding the milestones from that day. The montage includes Kimbrel high-fiving every player in the locker room and getting doused with water in celebration of his first Cubs save. It also shows Maddon informing an elated Baez and Contreras of their All-Star nods before the two star players are shown receiving congratulatory hugs from their teammates.

Video Description: June 27, 2019, was a very good day at Wrigley Field. The Cubs came back after trailing against the Braves in the final game of the homestand, setting up the perfect opportunity for Craig Kimbrel to make his debut and earn his first save as a Cub. Following the game, more good news came. Javy Baez and Willson Contreras were given the official news that they had been elected to their second consecutive All-Star Game. Go behind the scenes with the team as they celebrate these moments!