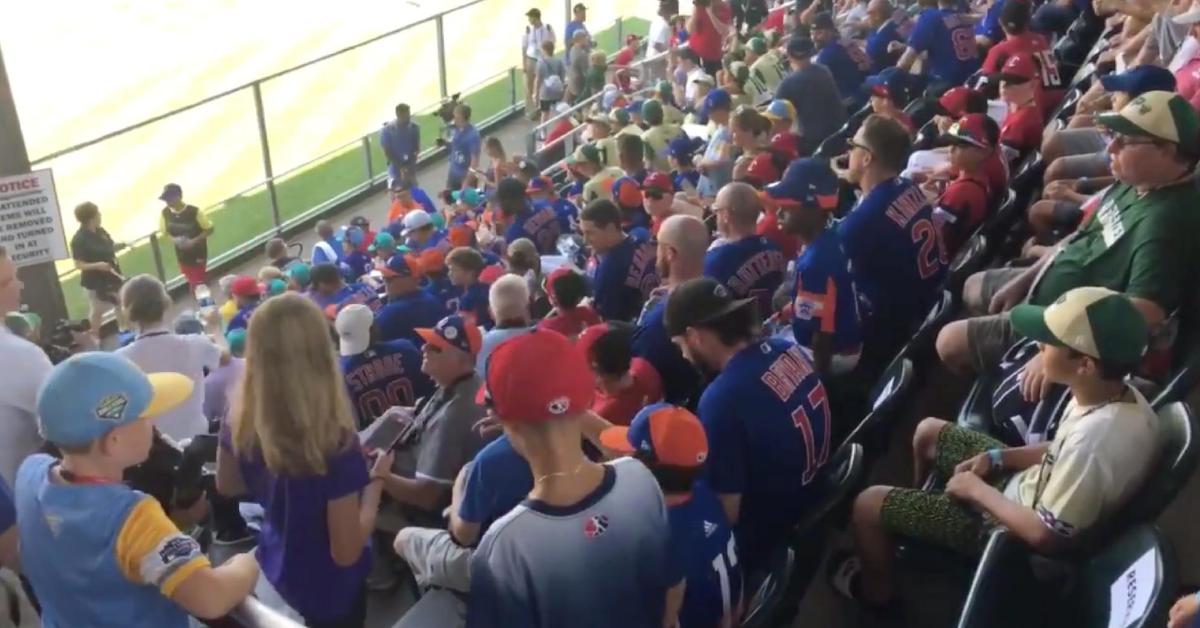 WILLIAMSPORT, Pa. — Before taking part in the MLB Little League Classic against the Pittsburgh Pirates on Sunday night, the Chicago Cubs soaked in some Little League World Series action on Sunday afternoon. Attending a game near BB&T Ballpark at Historic Bowman Field, where the big-league game will take place, the Cubs rode the bus to the ballpark with multiple Little League teams.

Highlights of the Cubs' trip to the stadium included Canadian reliever Rowan Wick giving a couple of Canadian little leaguers a lesson on pitch grips while riding the bus and starter Cole Hamels receiving an adorable message of support from a young Philadelphia Phillies fan in attendance at the Little League World Series. Plenty of autographs were signed, and oodles of photographs were snapped, including Japanese starter Yu Darvish posing with the Japanese Little League squad.

Some more shots from the bus. Maddon, Hendricks, Kemp, Caratini, Wick, Strop all on board with the kids.

Strop, to one Little Leaguer: “How old are you.”

Had a blast with team Australia and team Southwest at the #LLWS2019! Keep it going fellas! pic.twitter.com/7SZ5a38XQC

Once inside the stadium, the Cubs took the field for the singing of the national anthem, as they stood alongside the Little League teams while the song was performed. Then, the Cubs joined the little leaguers on hand to watch the contest in the stands, fraternizing with the young ballplayers and enjoying youth baseball on its grandest stage.

Cubs and kids lining up for the anthem https://t.co/Ev6nndLsIr pic.twitter.com/7vg70cHQsK

Do the jersey shake! pic.twitter.com/N0oDT8xrm5

“Listen, kid. You can be a little salty sometimes in this game. It’s ok.” pic.twitter.com/JJUYwjH6GJ