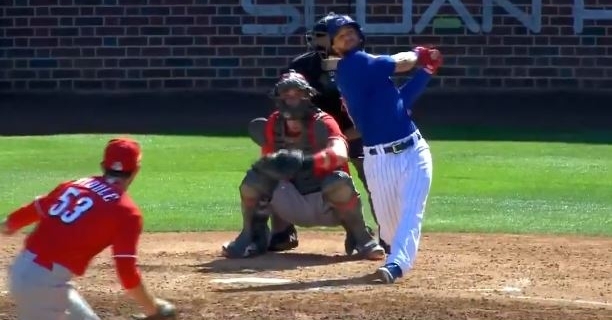 Chicago Cubs infielder David Bote had one of his best games as a professional with a two-homer game against the Cincinnati Reds on Sunday afternoon.

Bote's second homer to center field put the Cubs up 7-4 in the sixth inning.

Check out his second homer below:

A few great shots of the homer: