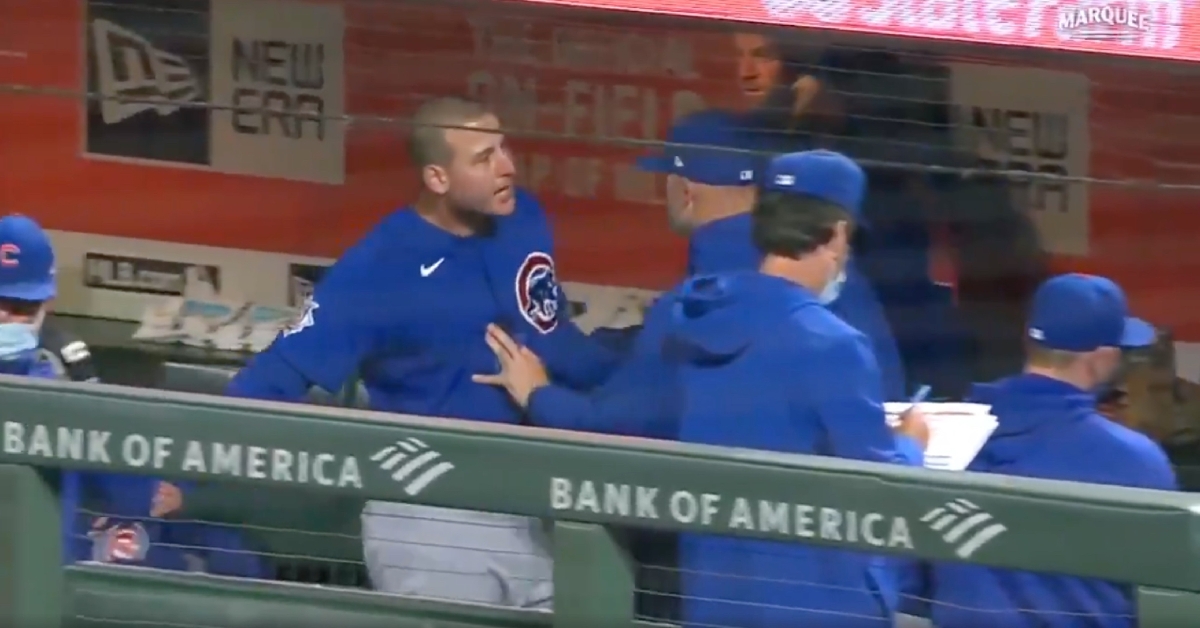 With the Cubs trailing the San Francisco Giants 8-5 at the end of the seventh inning, catcher Willson Contreras and first baseman Anthony Rizzo became heated with one another, and manager David Ross held Rizzo back from confronting Contreras.

Cubs manager David Ross spoke to the media following the game and said that thinks like this happen from time to time.

“That’s just part of the family atmosphere you get in baseball, guys competing at the highest level and trying to continue to fight,” Ross said. “Sometimes you’re not going to see eye to eye. We’ve got a close-knit group. I don’t think it’s anything that’s a huge deal or anything I’m extremely worried about.”

Hopefully, the guys just needed to vent a little after a tough start to the road trip and this will help them get back to winning baseball soon.