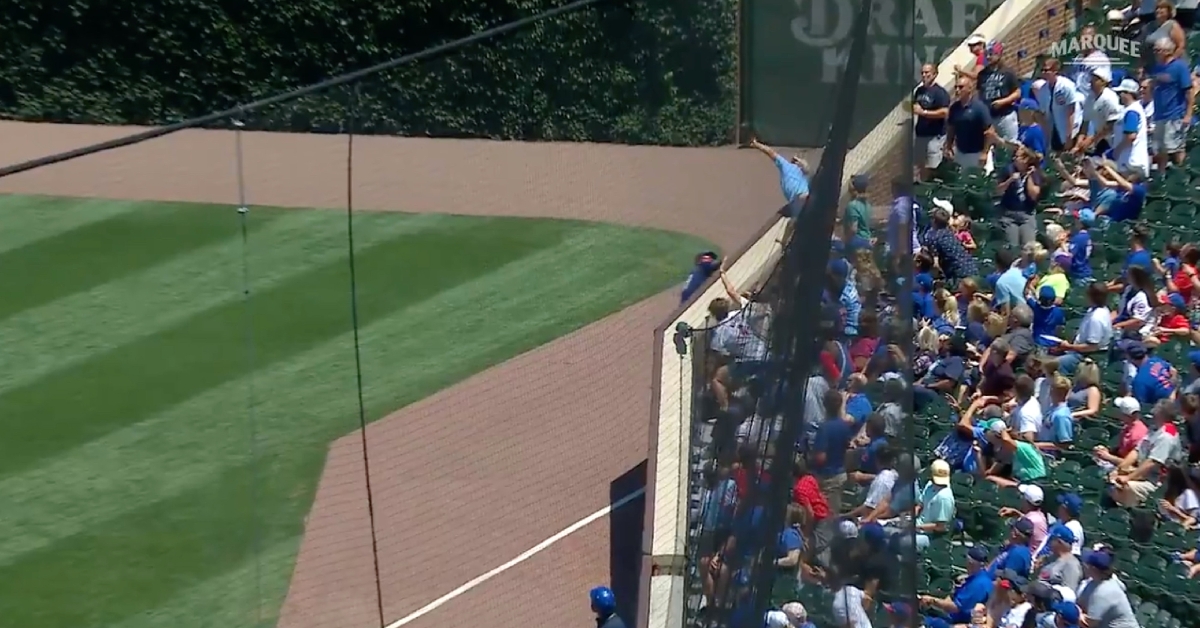 Jason Heyward was in position to catch a fly ball near the padded wall down the right field line when an overeager fan reached out and caught it himself.

CHICAGO — If only the Chicago Cubs had received the benefit of the doubt that they received on Friday when Steve Bartman infamously left his mark on the 2003 NLCS. In the top of the first at Wrigley Field, St. Louis Cardinals first baseman Paul Goldschmidt was called out due to fan interference.

Following a leadoff single by right fielder Dylan Carlson, Goldschmidt hit a fly ball down the right field line, and right fielder Jason Heyward raced over to the side wall in order to make the catch. However, a Cubs fan seated down the foul line reached over the partition and gloved the baseball, which would have fallen fair.

Goldschmidt was immediately called out by first base umpire Alfonso Marquez due to fan interference, as Heyward was in position to make the catch. Cardinals manager Mike Mike Shildt challenged the ruling, but, much to Goldschmidt's chagrin, the call was upheld.

Starter Kyle Hendricks went on to pitch a scoreless first, and the fan might have helped his cause, as Heyward would have had his work cut out for him in making the catch. While fans initially booed the interferer, who gave the ball to what appeared to be his son, the jeers turned the cheers once the fans realized that Goldschmidt was called out. Security personnel had a chat with the glove-wearing fan, though, meaning his seating arrangement near the field may have been short-lived.

Here's the replay of the fan interference from the Top of the 1st inning.