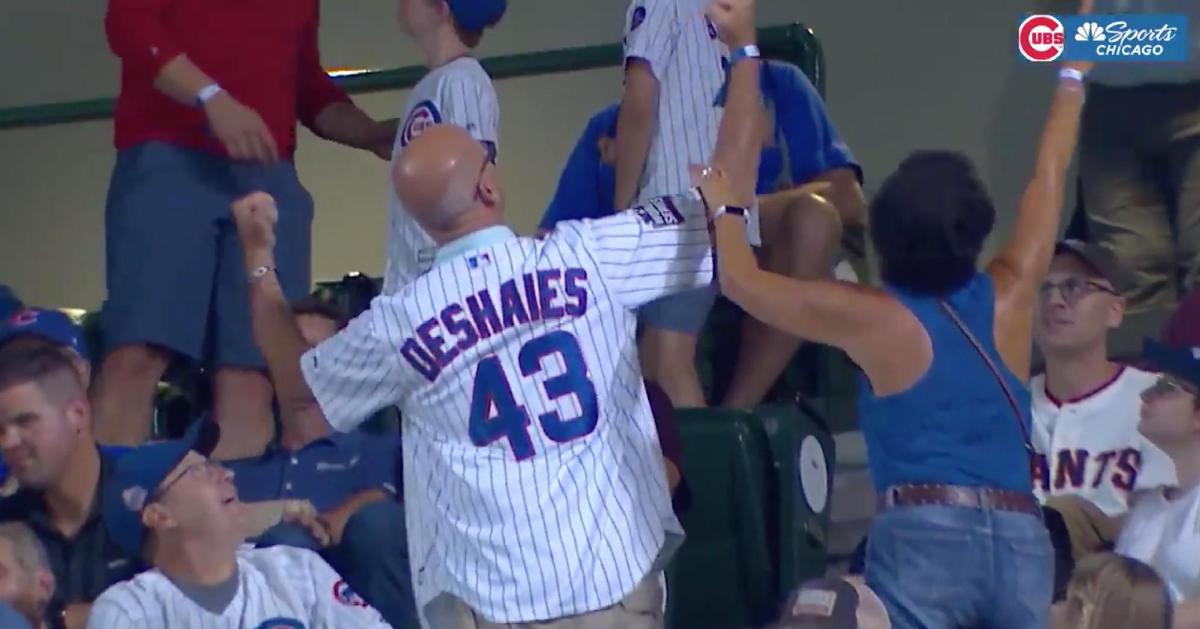 A Jim Deshaies super fan was proud to show off his custom-made jersey to his favorite color commentator.

CHICAGO — Believe it or not, even color commentators have super fans willing to pay for customized jerseys donning their surnames. Jim Deshaies, the color commentator for the Chicago Cubs' television broadcasts, learned that on Tuesday night, as a fan at Wrigley Field showed off his custom-made Deshaies Cubs jersey.

Deshaies pitched in the big leagues for over a decade but never for the Cubs. Therefore, he and play-by-play man Len Kasper were amused when they spotted the Cubs fan wearing a Deshaies Cubs jersey in the section of the bleachers just below the broadcast booth. It is worth pointing out that the fan in question bore somewhat of a resemblance to Deshaies, meaning that his Deshaies jersey might have been part of an inside joke poking fun at the likeness.

Making for a neat moment, Deshaies and the fan interacted from a distance during the course of the game, with the Deshaies lookalike proudly showing the commentator his jersey. As a reward for his fandom, the fan received a box of Cracker Jack from Deshaies, who tossed the box down from the booth. Whether or not a Kasper doppelganger will make an appearance at the next Cubs home game is up in the air at this point.

The @JimDeshaies Fan Club is loud and proud ??

Cool moment here between the @Cubs analyst and an #AuthenticFan at the game pic.twitter.com/KRXbbaBdQg