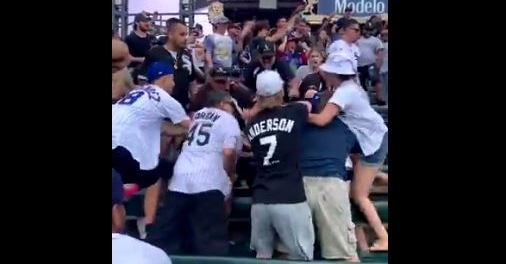 A few unruly and possibly drunk fans went after each other in the stands during Sunday's game between the Cubs and the White Sox at Guaranteed Rate Field.

It was hard to tell if Cubs fans and White Sox fans were going after each other, or this was just a case of random people swinging at other random people.

Good job, the security was at least on the scene for some of the craziness that went down in the bleachers. Hopefully, nobody got seriously hurt but it was not a good look by all that were involved.

Check out the videos below: