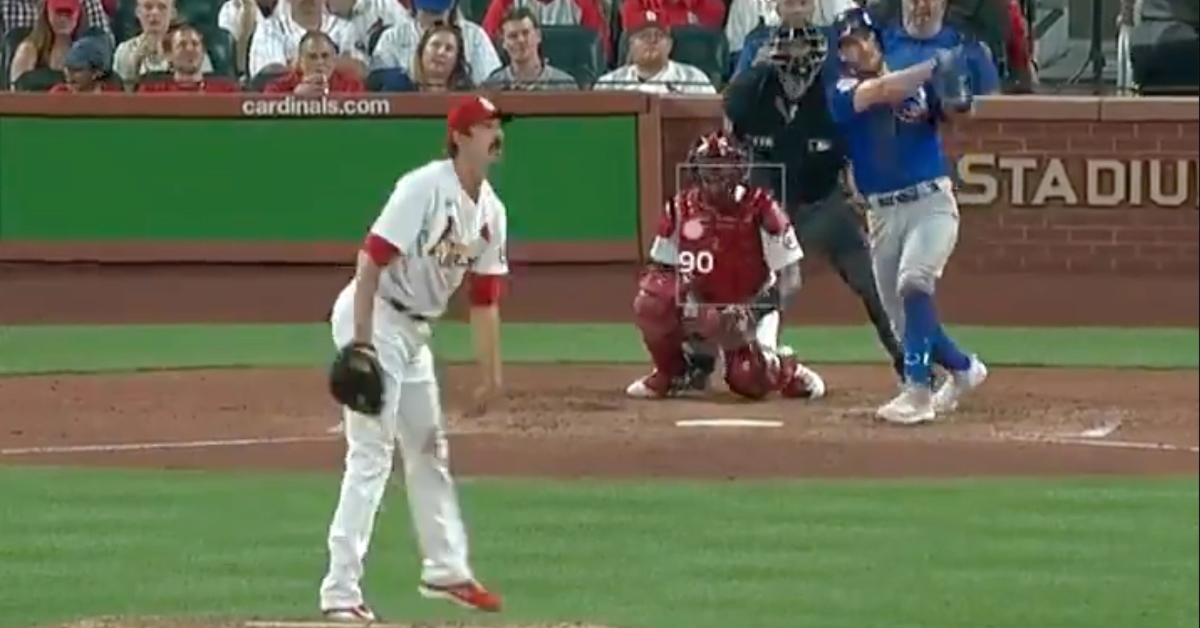 ST. LOUIS — Going yard against the team that drafted him in 2012, Chicago Cubs third baseman Patrick Wisdom hit a solo blast at Busch Stadium in a contest with the St. Louis Cardinals on Monday. Wisdom led off the top of the seventh by slugging a 382-foot dinger, which trimmed the Cubs' deficit to 8-2.

Wisdom's 14th home run and 25th RBI of the season, the lined shot off reliever Andrew Miller sported an exit velocity of 110.6 mph and a launch angle of 23 degrees. Miller gave up the long ball, which sailed into the left field bleachers in a hurry, on an 89.9-mph sinker. In 2018, Wisdom played 32 games for the Cardinals as part of his debut MLB season.