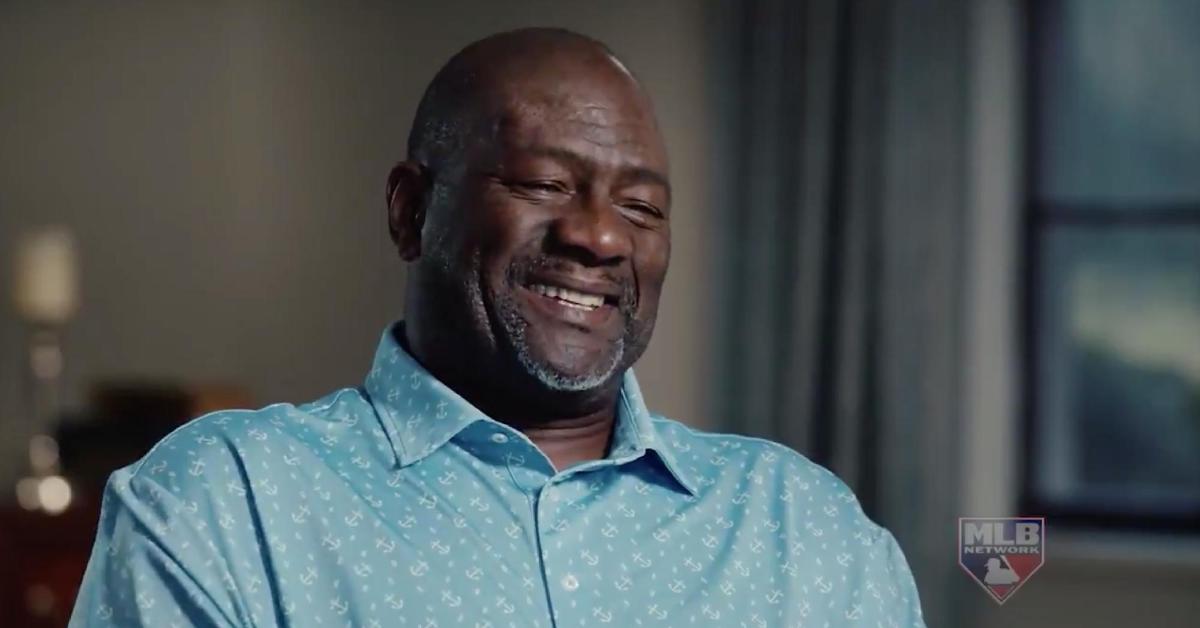 All-time great Chicago Cubs closer Lee Smith will be inducted into the Baseball Hall of Fame on Sunday.

With former Chicago Cubs closer Lee Smith set to be inducted into the Baseball Hall of Fame on Sunday afternoon, Smith made the media rounds over the course of the past week. Smith was interviewed at a press session at the National Baseball Hall of Fame and Museum in Cooperstown, N.Y., on Saturday and also recently sat down with MLB Network analyst Harold Reynolds for an in-depth interview.

In his question-and-answer session with reporters, Smith revealed that the one guy playing today whom he wishes he could have faced is superstar Los Angeles Angels center fielder Mike Trout because of Trout's approach to his at-bats, which is rather unorthodox for a right-handed hitter. When speaking with Reynolds, Smith was asked about his signature leisurely stroll from the bullpen to the mound and claimed that he originally started doing it in order to prolong the game and increase the pay for his grounds crew buddies at Wrigley Field.

Smith will join fellow all-time great closer Mariano Rivera, among others, in becoming a member of the hallowed Cooperstown club on Sunday. That will increase the total of full-time relievers in the Hall of Fame to eight, meaning that Smith will be in exclusive company. While Smith pitched in the big leagues from 1980 to 1997, his tenure with the Cubs, which spanned his first eight years in the majors, is what he is best known for. Still the all-time leader in saves for the Cubs, Smith saved 180 games while pitching out of the Cubs' bullpen between 1980 and 1987 and was selected to the National League All-Star team twice during that time.

"I always wanted to have a positive note behind my name."

Lee Smith spoke to Harold Reynolds about his amazing career and becoming a member of the @baseballhall! #HOFWKND pic.twitter.com/2ASk4kRsDh