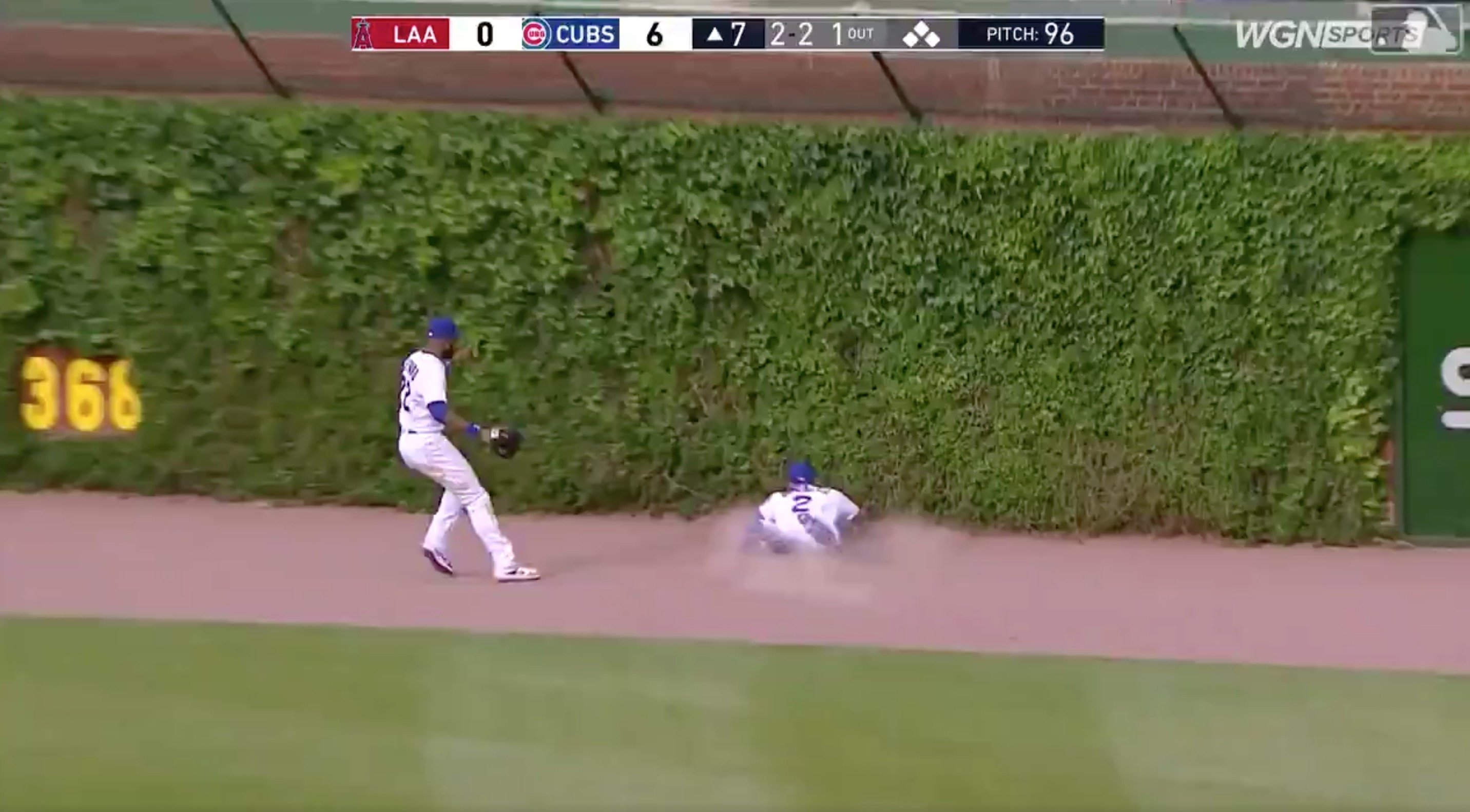 Carlos Gonzalez pulled off perhaps the best catch of his career in his Cubs debut. (Credit: Joe Nicholson-USA TODAY Sports)

While veteran outfielder Carlos Gonzalez was signed by the Chicago Cubs primarily to bolster the lineup with a big bat, "CarGo" quickly reminded the Cubs of how talented he is defensively. With perhaps the most impressive web gem of his career, Gonzalez, who started in right field against the Los Angeles Angels on Monday, laid out for a spectacular catch in his Cubs debut.

Robbing Angels catcher Jonathan Lucroy of an extra-base hit in the top of the seventh, Gonzalez hustled to the warning track in right field and extended for a spectacular snag. Angels center fielder Mike Trout was still able to tag up and score from third base on the sacrifice fly, which occurred with one out and the bases loaded, but Gonzalez's impeccable effort that resulted in him sliding across the warning-track dirt brought with it a rousing ovation from the Wrigley Field fans and a celebratory reaction from Cubs starting pitcher Jon Lester.