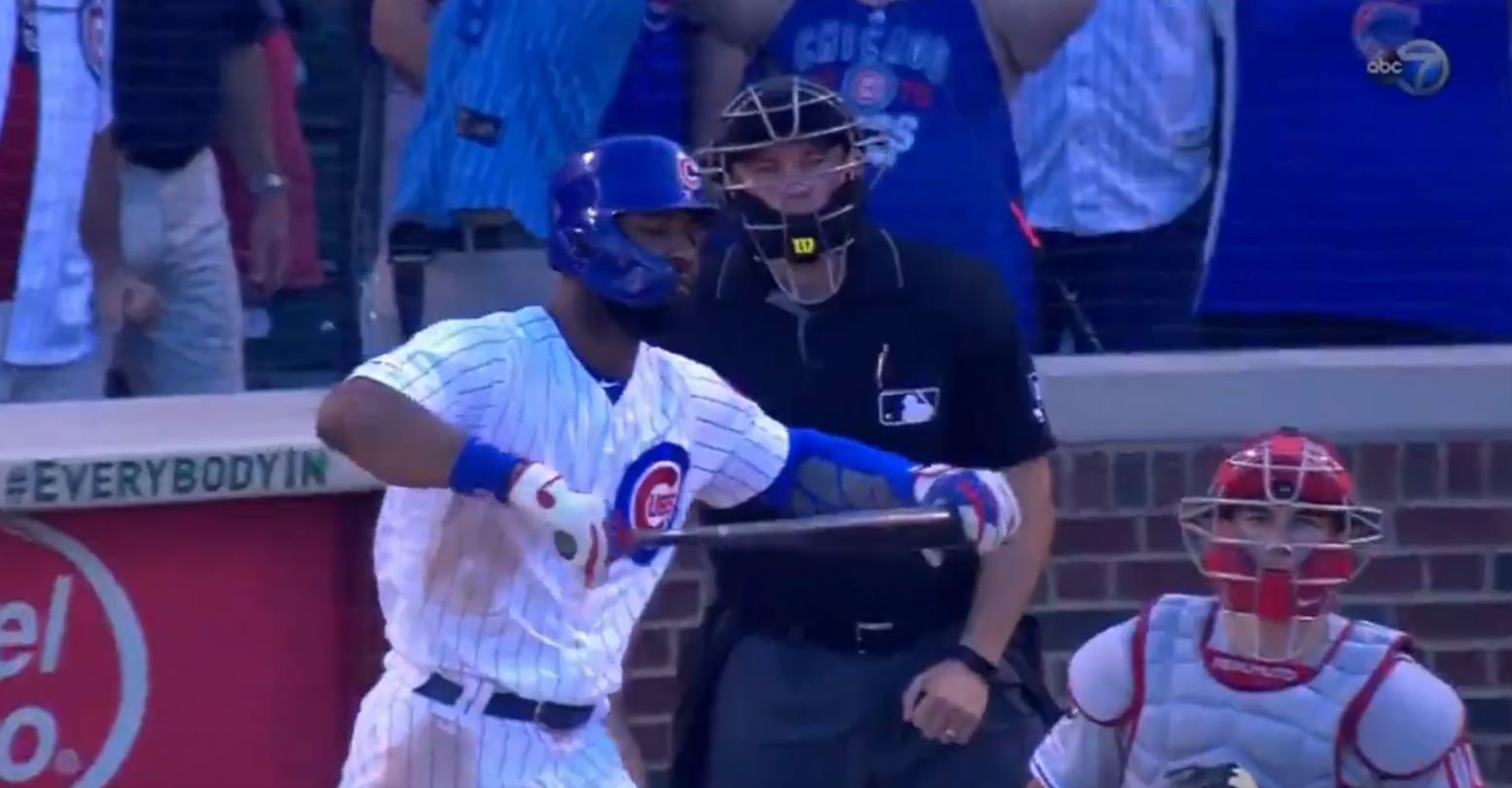 With the pressure on, Chicago Cubs outfielder Jason Heyward struck out in the bottom of the ninth on Thursday and was not happy about it. The Cubs trailed to the Philadelphia Phillies by three runs with men on first and second when Heyward whiffed in an attempt at hitting a splitter thrown by Phillies reliever Hector Neris in the ninth frame, leaving Heyward quite upset with himself.

Heyward might have also been upset with the called first strike, which came a 3-0 count, that appeared to be a bit outside. Prior to the ninth, Heyward drew a walk in each of his four at-bats, and he nearly tossed his bat aside before trotting down the first-base line for what seemed like his fifth walk when the strike call was made by the home-plate umpire to bring the count to 3-1.

After nearly tossing his bat safely onto the grass, Heyward turned the tables on his maple apparatus by smashing it to smithereens over his right knee following the strikeout. Channeling the great Bo Jackson, who was known for taking his frustrations out on his bats, Heyward snapped his bat in half after the near-walk culminated in a swinging strikeout.

The strikeout prevented the Cubs, who went on to lose by two runs, from loading the bases with no outs. In other words, a called ball four on the pitch that Heyward seemed to think was outside could have changed the outcome of the game. Instead, the called strike brought forth nothing but Heyward's rage and resulted in one less piece of lumber for "J-Hey's" bat bag.