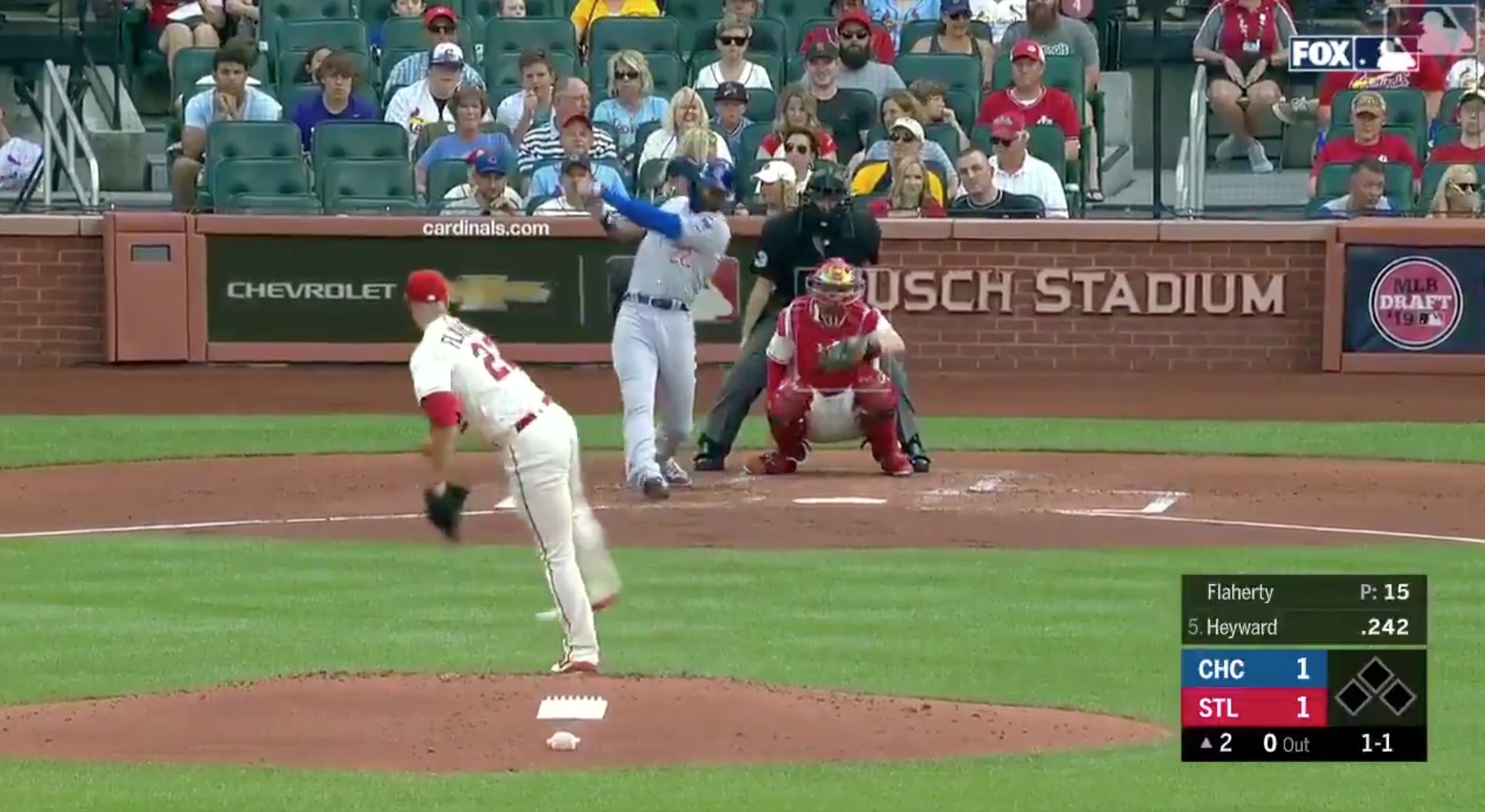 Hammering a solo shot against his former team, current Chicago Cubs and former St. Louis Cardinals right fielder Jason Heyward tabbed the second dinger of the Cubs' contest against the Cardinals on Saturday. Leading off the second frame with a 392-foot dinger, Heyward followed up Cubs first baseman Anthony Rizzo's home run in the first inning with one of his own.

Heyward went yard on a four-seamer thrown over the plate by Cardinals starter Jack Flaherty, pulverizing it off the bat at 100 miler per hour. The high, arcing shot to right field sported a launch angle of 29 degrees and served as Heyward's ninth homer of the season. Heyward hit eight home runs all of last season and is currently closing in on his season high in a Cubs uniform of 11 taters, which he tallied in 2017.