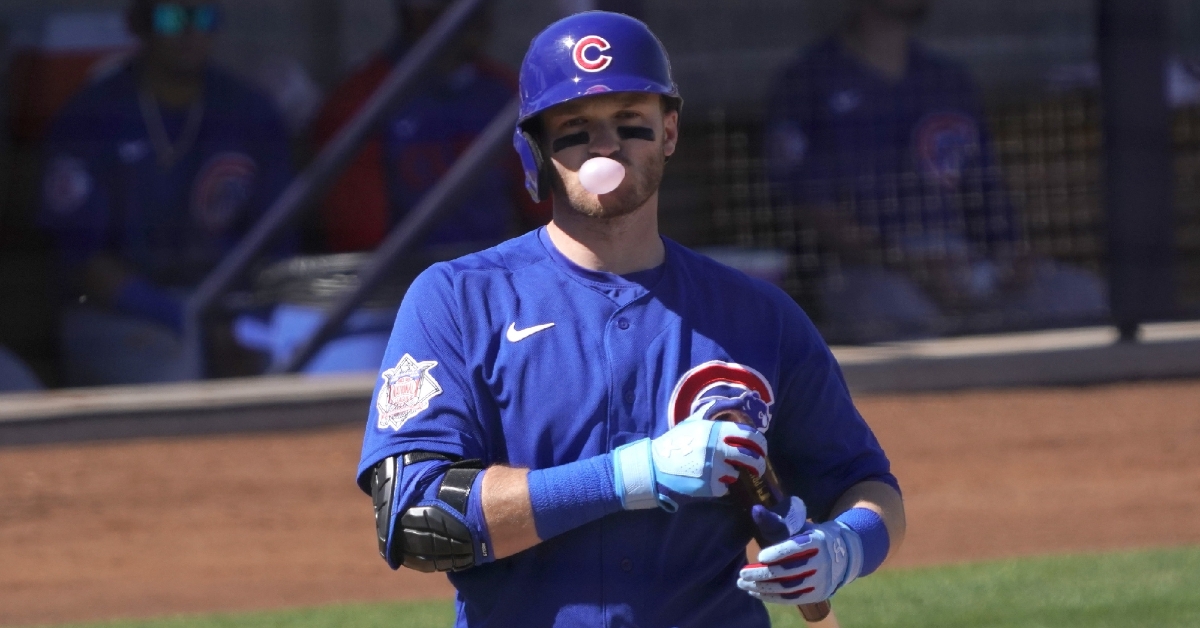 Chicago Cubs outfielder Ian Happ led off Tuesday's contest against the Los Angeles Angels with a solo blast to right center to put the Cubs up early 1-0.

It was an excellent at-bat where he battled back from being 0-2 and, on the six-pitch, took the pitcher deep. Angels outfielder Dexter Fowler tried to snag the flyball but it left the yard.

The homer was Happ's second of the spring. Currently, he is batting .323 with five RBIs.

Happ has been penciled in for the leadoff position once the regular season starts up according to manager David Ross.

Check out Happ's dinger below:

You know Ian had to do it to 'em. pic.twitter.com/FlwIgcuUU8

Check out the full at-bat approach:

Chopped up the six pitches from Ian Happ's AB to start today's game.

Goes down 0-2, lays off three straight to run the count full, and then blasts a homer.