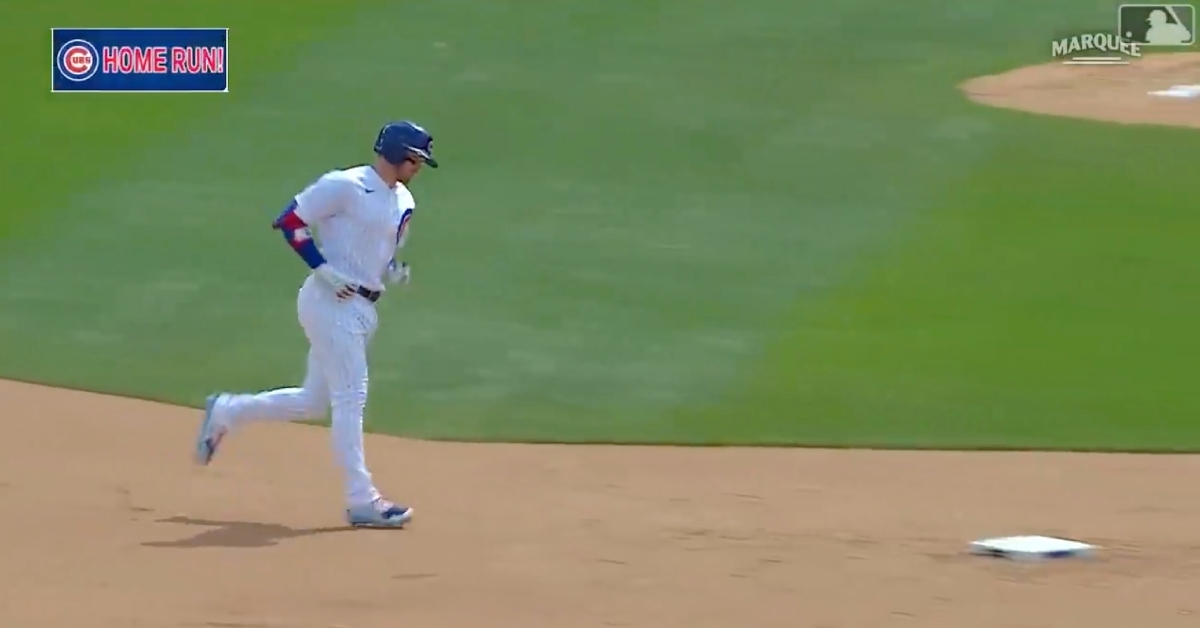 Ian Happ, who now has 11 RBIs to his name, lifted a leadoff jack for his second homer of the day.

CHICAGO – Driving a 404-foot blast out to center field, Chicago Cubs center fielder Ian Happ skied a leadoff solo shot in the bottom of the fifth on Thursday. Happ's sixth homer of the season, the dinger came on a 94.2-mph four-seamer thrown by Washington Nationals reliever Austin Voth.

Giving Voth's fastball a ride into the center field bleachers at Wrigley Field, Happ recorded his second long ball of the afternoon, having previously lined a two-run round-tripper in the third frame. Happ's fifth-inning bomb, which sported an exit velocity of 104.9 mph and a launch angle of 33 degrees, increased the Cubs' lead over the Nats to 5-2.